Ruling Barisan National coalition the biggest upset it its history. 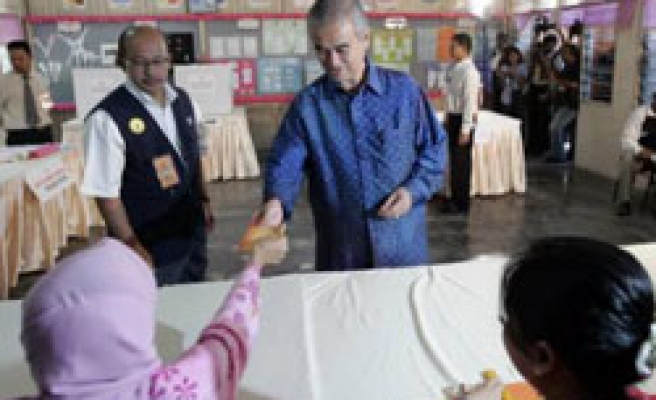 Malaysia's opposition was set on Saturday to hand the ruling Barisan National (National Front) coalition the biggest upset it its history, putting the premier's political future at risk and raising security fears.

Barisan is still certain to retain a parliamentary majority but is could put in its worst performance since 1969, when polls were followed by race riots and a state of emergency.

Early results showed the opposition had won the northern industrial state of Penang, and was making inroads in other heartland states. Indicative of the debacle, the chief of the Malaysian Indian Congress, a key component of the National Front, lost the seat he had held for 34 years.

Following are views of political analysts and officials on Malaysia's watershed general elections.

"It was a phenomenal shift. They lost up to potentially four state governments. I think the PM will potentially have to resign. This is unprecedented. The only other time this happened was in 1969 and that's why everybody is very nervous now because of the uncertainty."

"This is a victory of people who were fed up with Barisan Nasional's mismanagement and abuse of power. People have sent a very clear message that they are fed up with racial politics. Going forward, I think it is very critical for the country to start a new period of policies that are more democratic."

- Election officials said 70 percent of the country's 10.9 million voters had cast their ballots by 3 p.m.

- The ruling Barisan Nasional coalition holds 90 percent of the seats in the outgoing federal parliament and political experts say Prime Minister Abdullah Ahmad Badawi's continued leadership could be in jeopardy if his majority falls below 80 percent, or around 178 seats, in the new 222-seat parliament.

- Malaysia's annual economic growth hit a 3-1/2-year high of 7.3 percent in the fourth quarter, the central bank said last month, with growth for all of 2007 coming at 6.3 percent, topping a government target of 6.0 percent. Economic performance has been a rare bright spot during Prime Minister Abdullah's term.