Africa's third biggest gold producer is struggling to put down an escalating rebellion by light-skinned nomads who took up arms last year demanding greater rights for their people, who live in various countries across the Sahara. 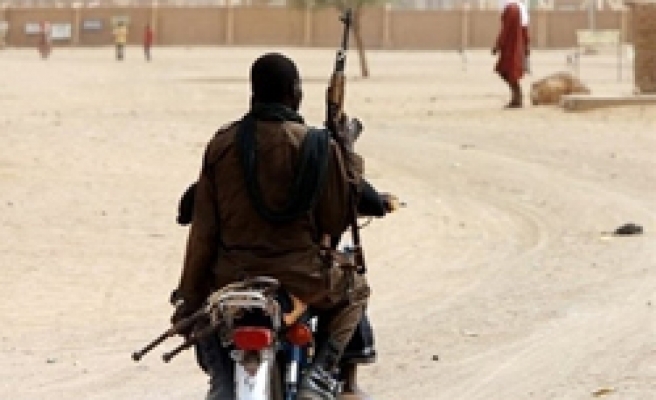 Mali's government and Tuareg rebels have resumed Algerian-mediated peace talks, in a bid to end a months-old conflict in the northeast Kidal region, Algerian news agency APS said on Sunday.

The talks between government envoys and members of the rebel Democratic Alliance for Change started on Friday in Algiers and are still going on, APS said, citing a diplomatic source.

"Discussions between the two parties are taking place in an atmosphere marked with calm and the will to achieve results in favour of unity and concord between all Malians," it quoted the source as saying.

Africa's third biggest gold producer is struggling to put down an escalating rebellion by light-skinned nomads who took up arms last year demanding greater rights for their people, who live in various countries across the Sahara.

The conflict follows similar rebellions in the 1960s and 1990s.

The new round of talks started after the two sides failed to implement a recent ceasefire deal mediated by the Gaddafi Foundation, a charitable organisation chaired by Libyan leader Muammar Gaddafi's son Saif al Islam.

The Algiers talks aim to ensure that all parties in the conflict respect commitments made in a 2006 Algerian-brokered peace deal for the Kidal region. The deal involved several clauses including an economic development plan for Kidal.

"The (ongoing) Algiers meetings are taking place with the primary concern of ensuring better implementation of the (2006) Algiers agreement," the source added, according to APS.

The source said the talks were being mediated by Algeria's ambassador to Mali, Abdelkrim Ghrib.

Mali and Algeria are also discussing joint military patrols and the sharing of intelligence as the remote swathes of desert are home not only to Tuareg rebels but also al Qaeda fighters.