Malta on Tuesday urged EU member states for setting up a burden-sharing system under which migrants rescued or intercepted by EU ships outside of European waters should be taken in by the bloc's countries. 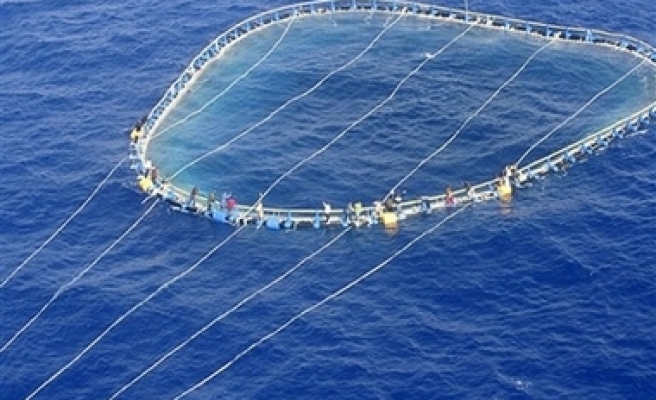 Malta on Tuesday urged European Union member states for setting up a burden-sharing system under which migrants rescued or intercepted by EU ships outside of European waters should be taken in by the bloc's countries.

"It is fair that those immigrants who are saved are distributed on a rotation basis between the 27 EU member states," Maltese interior minister Tonio Borg told reporters when arriving for a meeting with is EU counterparts in Luxembourg.

Struggling to cope with an ongoing immigrant crisis, tiny Malta has called repeatedly for solidarity from other EU member states.

Since the beginning of 2007, Malta has saved 315 shipwrecked immigrants seeking to enter Europe in rickety boats. Borg said that 250 of them were taken on board Maltese ships in the past 15 days.

Borg said that under his proposal, illegal migrants should temporarily go to the EU member state which is nearest to the point of their interception before being transferred to another country where the asylum applications would be processed.

"The situation right now is a complete mess," he said, adding: "It is unbelievable that on the doorstep of Europe we are having this tragic situation and not enough is being done."

Borg said that the burden-sharing system would not act as a pull-factor for illegal immigration into the EU. "The desperation of these people is evident," he stressed.

However, EU diplomats have said that the bloc's governments were unlikely to agree on such a scheme as the issue already had been under discussion since the mid 1990s, when the EU saw an influx of refugees following the conflicts in former Yugoslavia.

Germany was then in the frontline, admitting more than 500,000 refugees from the Balkan states, EU diplomats said.

At the time, EU governments even disagreed on giving financial support to frontline member states, diplomats have said, adding that governments could also refuse to make money available for Malta.

Borg said that getting agreement on his proposal was unlikely. "A commitment would be ideal ... but at least the discussion will start," he said.

About 500,000 illegal immigrants enter the EU each year, mainly from poor African countries.

The bloc has responded by stepping up border controls, with so-called "frontline" states, Spain, Italy and Malta.

EU officials have accused Maltese authorities of failing to meet their international duties to save lives by refusing to admit migrants rescued by vessels outside its search and rescue area.

Officials in Malta deny they have ever left migrants at sea in distress.

Last week, 27 shipwrecked Africans spent three days clinging to tuna nets in the Mediterranean while Malta and Libya argued over who should rescue them. Italian navy forces eventually picked them up.

A French navy ship found 18 bodies floating south of Malta on Friday just days after Maltese authorities said they had given up the search for a missing boat carrying 53 African would-be migrants.

Thousands of Asians and Africans cross the Mediterranean Sea each year in a bid to enter the EU via Malta, Italy and Spain.

Sweden wants to use the ministers meeting to press other EU member states to take in more asylum seekers from Iraq.

Some 9,000 Iraqis found a new home in Sweden last year. Stockholm expects some 20,000 more this year. Sweden grants refugee status or other protection to almost all Iraqi asylum seekers.

The number of Iraqis seeking refuge in the bloc is expected to rise to 40,000 this year.

The European Commission has slammed member states for a lack of solidarity in hosting asylum seekers and dealing with refugee crisis and wants to use the meeting in Luxembourg to drum up support for new plans aimed at harmonizing asylum rules across the EU.

Currently, there are some 20 different systems of asylum in the 27-nation bloc. The commission, the EU's executive arm, wants to have more harmonized rules in place by 2010.