Some 63 people may have been killed or seriously injured by the blast. 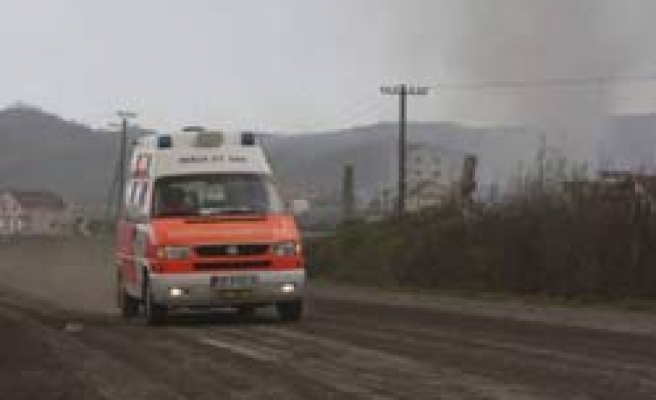 Some 63 people working near the site of a major explosion at an Albanian army base may have been killed or seriously injured by the blast, Albanian Prime Minister Sali Berisha's spokeswoman said on Saturday.

"We do not know the exact number," Juela Mecani told Reuters, "but we fear the worst for the three teams, each of 21 people, working there at the time. Several were U.S. citizens."

The U.S. embassy in Tirana told media it could not confirm the presence of U.S. military personnel at the site, on the outskirts of the capital Tirana.

Berisha said earlier that a number of explosions took place, probably while the teams were dismantling ammunition.

Wounded people were being taken to nearby hospitals. Local media reports said most had suffered burns, concussion, broken limbs, or were hurt by flying glass and shrapnel.

"Terrified people are leaving the area on foot along the highway, women and children," said a cameraman at the scene. "Cars with broken windows have been abandoned on the highway."

The explosions were so powerful they were felt in Tirana and the seaside resort of Durres, some 20 km (12 miles) away. Arlinda Causholli, a spokeswoman for Tirana Airport, said windows and glass doors were shattered at the airport, several kilometres from the base.

"We evacuated passengers from the affected area and suspended flights for around 30 minutes," Causholli told Reuters. Flights have since resumed.