Rival pro-Kremlin forces in Chechnya faced each other in a tense standoff on Wednesday, local media reported. 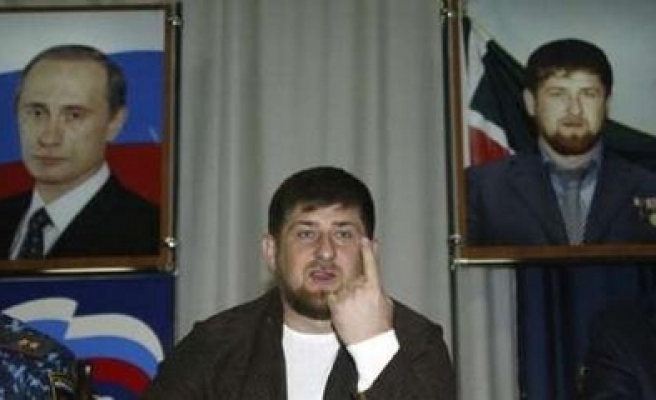 Rival pro-Kremlin forces in Chechnya faced each other in a tense standoff on Wednesday, local media reported, after a gunbattle in which several people were killed.

On Tuesday, a witness said that at least 18 people -- both soldiers and civilians -- had died in a gunfight between the two sides on Monday night, after two rival columns of cars ran into each other just outside the town.

Russia has attacked Chechnya in two wars since 1994 which killed thousands and destroyed the republic, but in recent years the Kremlin has preferred to empower former enemies in exchange for their support against the remaining insurgents.

Both Kadyrov and Yamadayev are former fighters whose thousands of soldiers have been retrained and rearmed by Russia.

Nominally belonging to Chechnya's Interior and Defence ministries, in reality they are private armies containing some of the toughest and most battle-ready soldiers in Russia, Moscow-based defence analyst Pavel Felgenhauer said.

"They may fight under the Russian flag but their loyalty is with their commanders," he said.

The two forces have a long history of mutual distrust and dislike although their disputes are usually hidden from media. Monday's gunbattle was not reported by most mainstream Russian television news programmes.

"This is more serious as it's out in the open and publicly embarrasses the Kremlin at a time when Putin is leaving and one of his achievements is being touted as making Chechnya "peaceful" once more," Felgenhauer said.

Putin steps down next month as Russian president after eight years in power. He reinvaded Chechnya in 1999 but has since promised to bring "peace" to the region.

Kadyrov, Chechnya's president since 2007, has a strong personal tie with Putin.

Russia's Defence Ministry on Wednesday denied the two sides had shot at each other when they met on Monday.

"They simply brandished their weapons so there were no deaths in a fight between the two sides," Russian news agencies quoted Lieutenant-General Vladimir Shamanov, head of the Russian army's combat training, as saying.