Many killed in 2 suicide attacks in Iraq

At least 26 people have been killed in two suicide attacks in Iraq, while US troops in Baquba say they have discovered an "execution house" used by al-Qaeda. 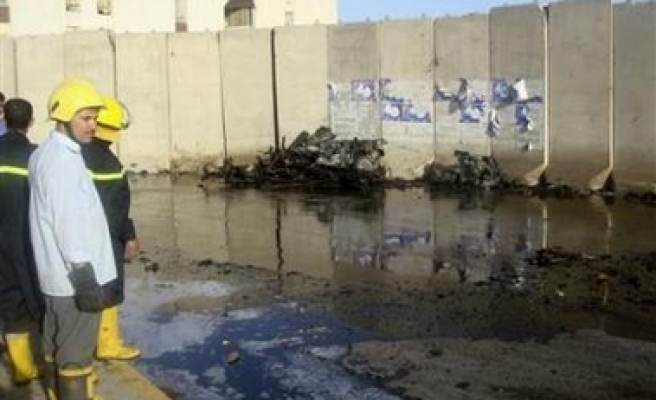 At least 26 people have been killed in two suicide attacks in Iraq, while US troops in Baquba say they have discovered an "execution house" used by al-Qaeda.

A suicide bomber in the northern oil city of Baiji drove a fuel tanker to a police headquarters and exploded himself, killing 18 people and wounding 10 others, police said.

Ghazwan al-Janabi, a police captain, was reported by the Reuters news agency as saying that the bombing on Monday occurred next to the "blast walls" outside the police building.

Most of the building was destroyed and prisoners and police were among the dead and wounded.

Also on Monday, a suicide car bomber blew himself up at a checkpoint in Hillah, the capital of Babil province, killing at least eight people and leaving 31 wounded.

The bomber drove his car into a checkpoint close to the headquarters of the provincial government before detonating himself.

A police spokesman said the eight killed included three policemen and at least four officers were among the wounded.

The blast damaged the concrete walls that surround the main building and shattered glass, but relatively few people were in the area because of the early hour, the spokesman said.

It was the second attack in the predominantly Shia city in three days, after a parked car packed with explosives blew up on Saturday in the center of the city.

Meanwhile, the US military said it has uncovered an "execution house" in the city of Baquba, northeast of Baghdad.

US and Iraqi forces "discovered the execution house using information from local citizens, who said it had been used by al-Qaeda," a US military statement said.

"Soldiers searching the house found five bodies buried in the yard behind the building and bloody clothes in several rooms inside it."

The announcement comes on the sixth day of a major air and ground assault by US and Iraqi forces on Baquba, which US commanders say has long been a stronghold for al-Qaeda in Iraq.
Last Mod: 25 Haziran 2007, 13:36
Add Comment