Nine policemen were killed in a string of landmine attacks Monday in the central Indian state of Chhattisgarh, police officials said. 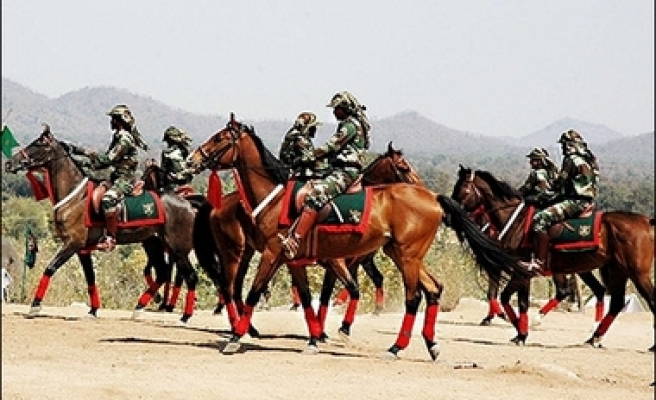 Nine policemen were killed in a string of landmine attacks Monday in the central Indian state of Chhattisgarh, police officials said.

At least three others were hurt in a series of ambushes in the state's insurgency-ridden Jagdalpur district, officers said in local capital Raipur.

"The landmines were blasted at 25 places which killed nine policemen," state police chief S.K. Paswan said, adding that the victims were on an anti-Maoist patrol in Jagdalpur, some 430 kilometres (266 miles) from Raipur.

He said two of those killed were officers and the rest were constables.

In March, 55 security men died killed in the worst-ever Maoist attack in the state.

Maoist rebels, who say they are fighting for the rights of neglected tribespeople and landless farmers, hold sway in 10 of the state's 16 impoverished districts.

Some 500 people including security personnel have died in violence linked to the leftwing guerrillas since 2006 in Chhattisgarh, one of 15 of India's 29 states where Maoist insurgency rages.