European governments have built "a wall of silence" around accusations that they let the CIA abduct their residents and run clandestine prisons on their territory, a European investigator said Wednesday. 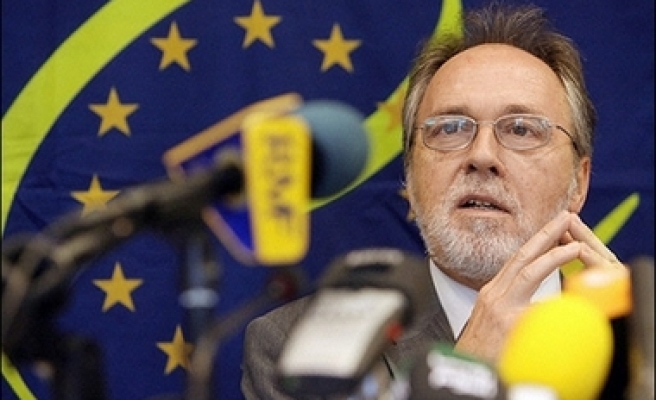 European governments have built "a wall of silence" around accusations that they let the CIA abduct their residents and run clandestine prisons on their territory, a European investigator said Wednesday.

Swiss Sen. Dick Marty charged in a report earlier this month that the CIA ran secret jails in Poland and Romania — with the knowledge of several local politicians — to interrogate terror suspects after the 2001 terrorist attacks on the United States.

"There has been a wall of silence on the part of the governments, silence that covers illegal acts, human rights violations. Why this silence, why this systematic refusal to respond to our questions?" Marty told the Council of Europe's parliamentary assembly, which asked him to investigate CIA activities in Europe after media reports of secret prisons emerged in 2005.

Poland and Romania have vehemently denied the allegations, and most of the other EU countries mentioned by Marty have denied any wrongdoing. EU Justice Commissioner Franco Frattini has complained Marty's report only quotes anonymous witnesses and does not name any sources.

His report, citing unidentified CIA sources, said that "high value detainees" such as self-proclaimed 9/11 mastermind Khalid Sheikh Mohammed and suspected senior al-Qaida operative Abu Zubaydah were held in Poland. It said lesser detainees, who were still of "remarkable importance," were taken to Romania.

In an earlier report, Marty accused 14 European nations of colluding with U.S. intelligence in a web of rights abuses to help the CIA spirit terror suspects to illegal detention facilities.

President Bush acknowledged the existence of a secret detention program last September, but did not say where the prisons were located.

Marty's latest report, which did not give specific locations for the alleged jails, provided graphic descriptions of conditions. It told of prisoners being kept naked for weeks, and said masked guards who never spoke were the only contact for those consigned to four-month isolation regimes.