Moulaye Ould Mohamed Laghdaf, a former ambassador to Belgium, has previously supported both ousted President Cheikh Abdallahi and the main opposition party, which has thrown its weight firmly behind the coup leaders. 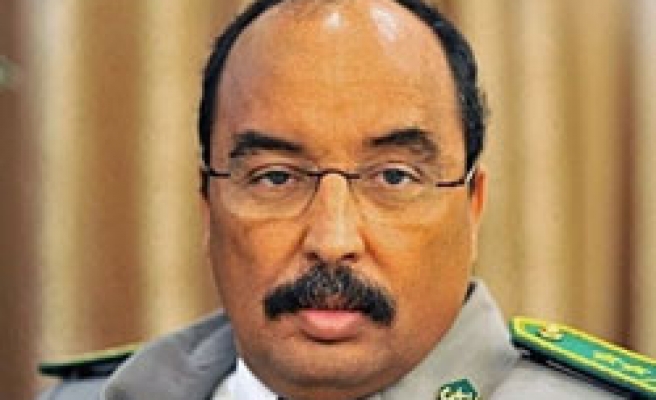 Mauritania's new ruling military junta named a former ambassador to Belgium and the European Union as prime minister on Thursday.

Moulaye Ould Mohamed Laghdaf, named in a decree published by state media, has previously supported both ousted President Sidi Mohamed Ould Cheikh Abdallahi and the main opposition party, which has thrown its weight firmly behind the coup leaders.

Abdallahi was overthrown during a political crisis in which he had named two governments in quick succession in recent months before sacking the heads of the armed forces last week. He has been in detention at a secret location ever since.

Abdel Aziz has been meeting the leaders of various political parties this week, aiming to garner support for a new government which his self-styled State Council has said it will appoint to rule the country until a presidential election can be held.

Daddah was one of the first politicians to meet Abdel Aziz after last week's coup, and met with him again on Tuesday as the junta chief began talks on forming a government.

Laghdaf served as ambassador to Belgium, including the Brussels-based European Commission, the executive arm of the EU, under the military administration formed after a coup in 2005.

Democratic elections held by that administration were widely hailed as ushering in a new era after decades of military coups and authoritarian rule.

Foreign companies are also increasing their production of iron ore, copper, gold and other valuable minerals.

But within Mauritania, a largely desert country lying between the western edge of the Sahara, many people have supported the coup as a way to end a presidency tarnished by institutional chaos and a lack of financial transparency.

Abdel Aziz has sent delegations to fellow Arab and African countries, hoping to explain his reasons for staging the coup.

North African heavyweight Algeria rebuffed him, but its regional rival Morocco and the Arab League accepted Abdel Aziz as leader.