On Wednesday Waghef led thousands of Mauritanians in a peaceful march against the coup. 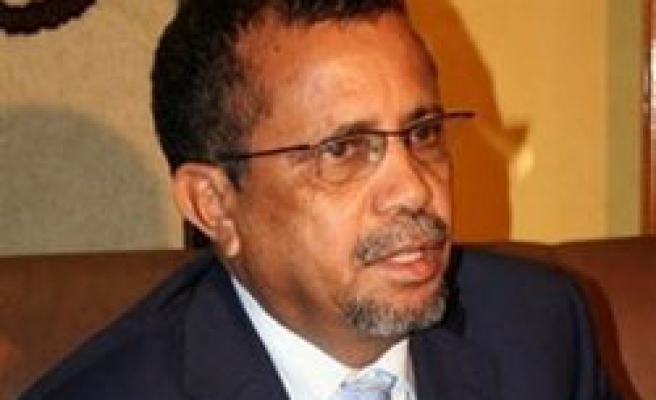 Mauritanian police arrested a former prime minister on Thursday after he led one of the northwest African country's biggest protest marches for years in opposition to this month's military coup, his secretary said.

On Wednesday Waghef led thousands of Mauritanians in a peaceful march against the coup. His secretary, Toutou Mint Taleb, said police arrested him on Thursday as he travelled to the northern port of Nouadhibou for another march.

"The police ... said they had orders to take him away," she told Reuters.

That vote was organised after a 2005 coup -- also instigated by Abdel Aziz -- which toppled authoritarian ruler Maaouya Ould Sid'Ahmed Taya, who had taken power in a coup 20 years earlier.

Reuters reporters estimated around 15,000 people took part in Wednesday's march, though precise figures were not available.

"This is the first demonstration like this for years," said Yahya Ould Ismail, director of the African Centre for Studies and Strategy, a think tank in Nouakchott.

The coup followed Abdallahi's sacking of senior military officers, including Abdel Aziz, who were widely seen as supporting the president's opponents. Abdel Aziz says he took over because Abdallahi had shown poor leadership in office.

The African Union suspended Mauritania after the coup, and donors like the United States, European Union and World Bank cut or threatened to cut hundreds of millions of dollars in aid.

But at home Abdel Aziz's backers have organised a series of rallies in support of the coup, and a majority of parliamentarians have thrown their weight behind the junta.

A group of political parties and civil society organisations opposed to the coup have formed a National Front for the Defence of Democracy (FNDD), which has complained police have seized its campaign banners and prevented it demonstrating in recent days.

Previous protests have been dispersed with tear gas.

Wednesday's anti-coup protest was by far the biggest of its kind, and passed peacefully with a police escort.

At around the same time, most parliamentarians from both the National Assembly and Senate attended the official opening of parliament in a show of support for Abdel Aziz's ruling junta, a group of 12 military officers known as the "High State Council".

Members left after an opening ceremony which lasted only a few minutes, but parliament's agenda includes steps likely to reinforce the power of the junta, including the formation of a Supreme Court that could potentially try the deposed Abdallahi.

Cementing his rule, Abdel Aziz has already appointed a respected former ambassador to the European Union, Moulaye Ould Mohamed Laghdaf, as prime minister, which was interpreted as a bid to mollify Western disapproval of the coup.

But the EU criticised the move as entrenching military rule and Aid Commissioner Louis Michel said he hoped to cut off not only the bloc's non-humanitarian aid to Mauritania, but also a lucrative fishing deal due to start this month.
Last Mod: 22 Ağustos 2008, 13:45
Add Comment