When Nagasaki's mayor was fatally shot in southern Japan, it wasn't much of a surprise that a gangster was arrested for the attack. In a country where regular citizens face strict gun laws, the mob does most of the shooting. 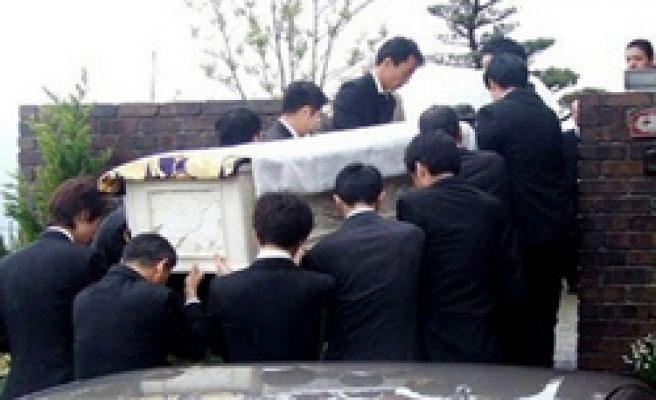 Iccho Ito, 61, was shot twice in the back Tuesday evening and died early Wednesday. Tetsuya Shiroo, a senior member of Japan's largest crime syndicate, the Yamaguchi-gumi, was captured at the scene and admitted to the attack, police said.

"This murder, which took place in the middle of an election campaign, is a threat to democracy," Prime Minister Shinzo Abe said Wednesday. "We must eradicate violence firmly."

The killing -- reportedly linked to Shiroo's demands for city compensation for car damage caused by a pothole -- focused attention on the role of the Japanese mafia, or "yakuza," in the rare shootings here. Of the 53 gun attacks reported in 2006, two-thirds -- 36 -- were blamed on organized crime groups, the National Police Agency says. Handguns are strictly banned for ordinary citizens in Japan, and only police officers and others -- such as shooting instructors -- with job-related reasons can own them. Hunting rifles are also strictly licensed and regulated. Crime syndicates, however, have the money, numbers and international connections that enable them to smuggle foreign guns into Japan.

"The mayor of Nagasaki was killed by a gun that was illegally possessed," Chief Cabinet Secretary Yasuhisa Shiozaki said. "The fact that criminal organizations have stashed away guns through smuggling and illicit sales -- is also a cause." The attack came despite a sharp drop in shootings in recent years. The number of reported gun attacks have plunged from 158 in 2002 -- with 70 percent blamed on yakuza -- to 53 last year. The number of illegal guns seized by police dropped by nearly 40 percent from 2002 to 2006, when 458 firearms were confiscated.

Even gangsters are careful when it comes to opening fire, preferring to use knives for mob hits because murders with guns typically carry heavier sentences. Instead, mobsters sometimes use guns for intimidation, shooting the outside of an office, for instance, as a warning to the occupants. Still, public concern about gangster gunfights remains high amid a widely publicized turf war between Japan's two largest underworld gangs earlier this year that ended a yearlong lull in gang violence. The boss of a gang affiliated with the Tokyo-based Sumiyoshi-kai syndicate was shot to death in February, and the killing was believed to have prompted at least three more shootings at gangland headquarters in Tokyo.