John McCain, the presumptive Republican presidential nominee, called for the closing of the Guantanamo Bay prison. 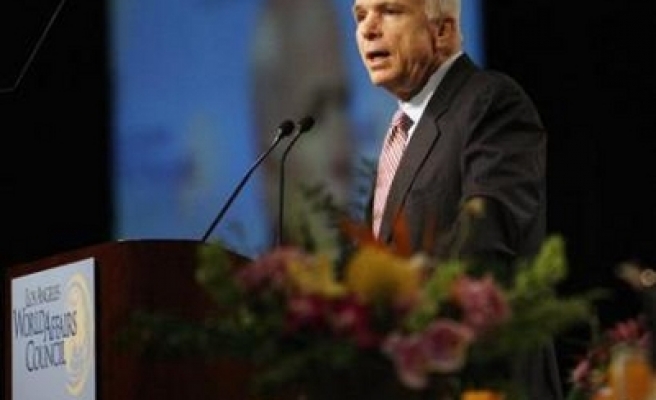 "I believe we should close Guantanamo," McCain said in a foreign policy address in Los Angeles, where he argued that the United States cannot go it alone in the world and must respect the views of valued allies.

"Our great power does not mean that we can do whatever we want, whenever we want," said McCain, 71.

The Arizona senator said that the United States must play a leading role in the world in combating global warming and cannot ignore the effects of climate change outside of America's borders.

"The risks of global warming have no borders," he said.

The United States must also help guide the vast Indian and Chinese economies into the international market, McCain said.