Republican U.S. presidential candidate John McCain said on Wednesday he would not rule out launching preemptive wars against "future enemies". 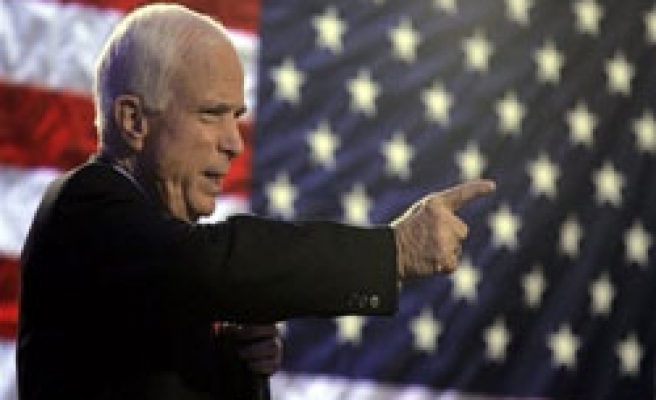 President George W. Bush, in launching his 2003 invasion of Iraq, said it was necessary to forestall possible future attacks from a country that was developing weapons of mass destruction.

None of the weapons he alleged were in Iraq were subsequently found.

McCain, who has wrapped up his party's nomination to run for the White House in the November election, has maintained support for Iraq war and has said frequently that he would rather lose an election than a war.

When asked at a town hall meeting about the Bush policy on preemption, McCain said: "I don't think you can make a blanket statement about preemptive war because obviously it depends on the threat that the United States of America faces."

After the Sept. 11 attacks Bush approved a new national security strategy in 2002 that allowed the United States to strike first against U.S. enemies believed to be about to use weapons of mass destruction against America.

The doctrine triggered a wide debate and criticism from the administration's critics at the time.

In an October 2002 speech, Bush made the case for invading Iraq, saying: "Facing clear evidence of peril, we cannot wait for the final proof -- the smoking gun -- that could come in the form of a mushroom cloud."

McCain said the U.S. president should consult more closely with members of Congress so that the branches of government could act together if a threat were imminent.

"In normal times as you see a looming threat ... I think you need to consult more closely and more carefully not with every member of Congress but certainly the leaders of Congress."
Last Mod: 10 Nisan 2008, 11:41
Add Comment