'Med Union ignores rights for the sake of business'

Heads of state and government from more than 40 countries are expected to attend the one-day summit in Paris on Sunday. 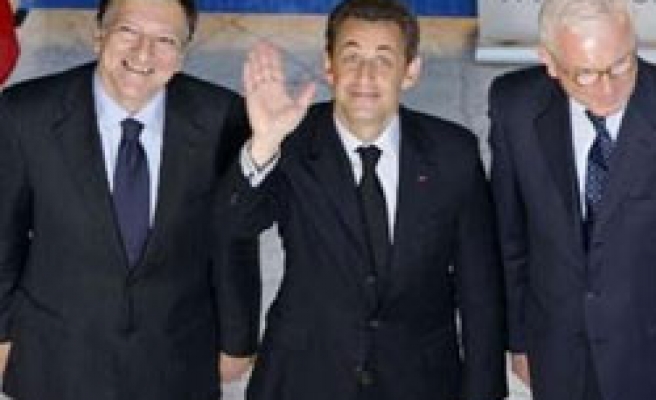 The group asked whether the Mediterranean Union initiative, one of the centrepieces of France's six-month EU presidency which is due to be launched at a summit on Sunday, had been created to bypass human rights concerns in these countries.

"The fact that there is no reference to human rights in the current proposal effectively means that increased cooperation and dialogue will be based purely on commercial and financial terms -- unlike the current mechanisms," Amnesty said in a statement, referring to existing EU ties with individual states.

Amnesty's EU director Nicolas Berger said this would set a dangerous precedent: "It not only undermines core principles of the EU's relations with third countries but openly allows human rights to be sidelined for the sake of business."

Rights groups had expressed concerns about human rights in all non-EU Mediterranean countries, including, Palestinian prisoners in Israel.

Heads of state and government from more than 40 countries are expected to attend the one-day summit in Paris on Sunday.

In a letter to French President Nicolas Sarkozy, Amnesty urged the EU presidency to reaffirm the EU's commitment that rights principles will govern all EU external relations and to develop rights mechanisms for the Mediterranean Union project.

It also said EU states should not limit cooperation with Mediterranean states to border controls alone, adding that such controls on the Morocco-Spanish coasts had led to migrants attempting longer and more dangerous routes to Europe.

France says the project is aimed at breathing new life into the existing Euro-Mediterranean partnership, known as the Barcelona process, and will create a more equal dialogue between the European Union and other states that line the Mediterranean.

However it has had to water down the project in the face of resistance from some EU countries, notably Germany, and some critics say it remains to be seen whether it will be an advance on an existing 13-year-old forum for EU-Mediterranean ties.