Med Union should not be 'cover' for Israel ties: Algeria

Algerian President Abdelaziz Bouteflika left open the question on Sunday of whether he would attend the launch of a Mediterranean Union, prolonging uncertainty over a project dear to France. 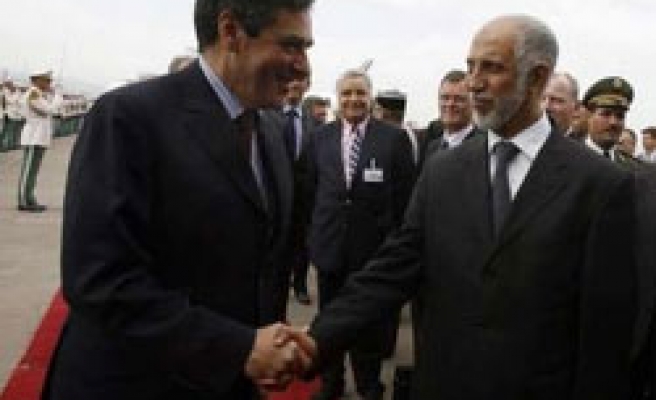 "Everything in its time," Bouteflika said in answer to a reporter's question after meeting Prime Minister Francois Fillon, who is making the first visit by a French premier in 22 years to the north African oil-exporting country.

French President Nicolas Sarkozy made a priority of setting up a union of states that line the Mediterranean Sea after he was elected last year, and he has invited those countries' leaders to Paris on July 13 for the project's launch.

But there are doubts over whether the leaders of some countries, including Algeria and Libya, will attend, which would weaken the credibility of the union and of Sarkozy himself.

Prime Minister Abdelaziz Belkhadem has said Algeria wants clarification about the project, which he said is vague and should not be a "cover" for normalisation of ties with Israel.

Arab states are worried that joining with Israel in the union, aimed at boosting ties with the European Union's southern neighbours and improving cooperation on trade, security and migration, would imply normalising ties with the Jewish state.

Algeria, which won its independence from France in 1962, has repeatedly criticised Sarkozy's plan for the union, and Belkhadem has highlighted the fact it has been watered down from the original version put forward by Sarkozy last year.

Since then, France has been forced to accept that all EU states can join the club, which was originally meant to include only states with a Mediterranean coastline, as well as limit the project's scope.

Belkhadem also dislikes the fact the project would not be an EU-type body but will rather be integrated into the lacklustre so-called Barcelona process for EU-Mediterranean dialogue.

On his two-day trip Fillon has repeatedly explained that the "Union could help defuse tensions in the Middle East."

"There is no chance of solving the Mediterranean's problems if we don't talk to each other," he said in a speech in Algiers, describing the plan as a bold and difficult bet.

Algerian Foreign Minister Mourad Medelci has said that any normalisation of ties with Israel should be based on the 2002 Arab peace initiative which calls for Israel to withdraw from territories it occupied in 1967.

On Saturday France and Algeria signed defence and civil nuclear power accords in what Fillon called a transformation in France's sometimes uneasy relations with Algeria.