More than 80,000 people have signed a petition calling on the Council of Europe to send an independent team of doctors to the Turkish jail where Abdullah Öcalan, is held to examine whether he is being poisoned. 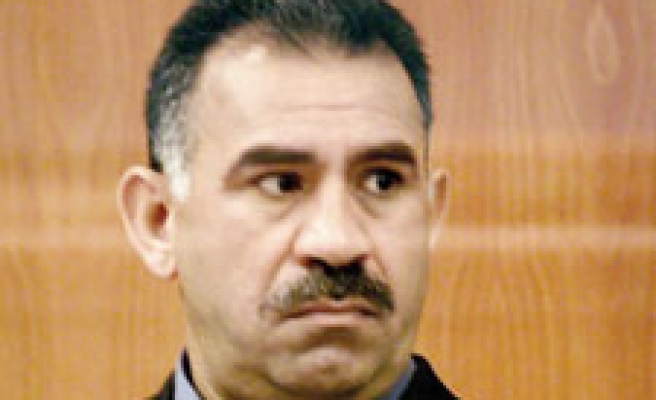 More than 80,000 people have signed a petition calling on the Council of Europe to send an independent team of doctors to the Turkish jail where Abdullah Öcalan, leader of the outlawed Kurdistan Workers' Party (PKK), is held to examine whether he is being poisoned, a left-wing group in the European Parliament said Friday.

Öcalan's lawyers in Italy said that an analysis of his hair showed large amounts of strontium and chromium, both of which are toxic in high doses -- an indicator of chronic poisoning. Turkish authorities said tests on Öcalan showed no signs that he was being poisoned and called the allegations "complete lies."

"So far we have more than 80,000 signatures from all over the world. People tried to reach us by post, mail, fax and by phone; it was amazing," said German EU parliamentarian of Kurdish descent Feleknas Uca of the European United Left/Nordic Green Left (GUE/NGL) group, which unites Europe's Communist and far-left parties. Several dozen Kurds have been on a hunger strike in Strasbourg for a month to demand that the council ensure an independent medical investigation of the case. Some of them have been hospitalized, prompting Terry Davis, the council's chairman, to urge them to end their strike. The human rights watchdog's anti-torture committee "is closely examining the situation regarding the detention of Abdullah Öcalan in all its aspects," Davis said.

A mass rally of Kurds is planned in Strasbourg on Saturday. The PKK is listed as terrorist organization by the EU and the US as well as by Turkey. PKK leader Öcalan, 58, was initially sentenced to death after his capture in 1999, but his sentence was commuted to life imprisonment after Turkey abolished capital punishment in 2002. He is the sole inmate on the İmralı prison island, in the Marmara Sea off İstanbul.