Merkel planned to take up the issue Sunday with Turkish PM Erdogan on the sidelines of a summit in Paris of nations on the Mediterranean rim, German magazine reported. 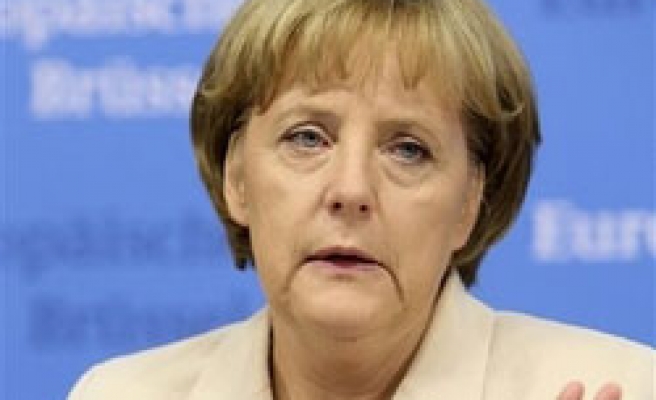 Merkel told the Bild am Sonntag weekly that the German government is doing everything possible to secure the release of the three, who were abducted late Tuesday by PKK militants on Mount Ararat.

"I call on the kidnappers to release the three Germans immediately and unharmed," Merkel was quoted as saying. Her government said it had no news Saturday of the three.

Merkel said Germany "will not be blackmailed," according to the comments in Bild.

She said she planned to take up the issue Sunday with Turkish Prime Minister Recep Tayyip Erdogan on the sidelines of a summit in Paris of nations on the Mediterranean rim, the magazine reported.

It is listed as a terrorist group by Ankara, the European Union and the United States and has been banned in Germany for 15 years.

Firat news agency reported the outlawed Kurdistan Workers Party (PKK) militants as saying the three Germans, who were part of a climbing expedition in Agri province, were in good health.

Earlier, German Interior Ministry banned the activities of Roj TV, which is the broadcast organ of PKK, in the country.