'Mevlana was a universal man'

Over the centuries Mevlana Jalaleddin Rumi has touched people of every race, religion and language with his words, his ideas and his deeds. The 800th anniversary of his birth is being celebrated this year all over the world. 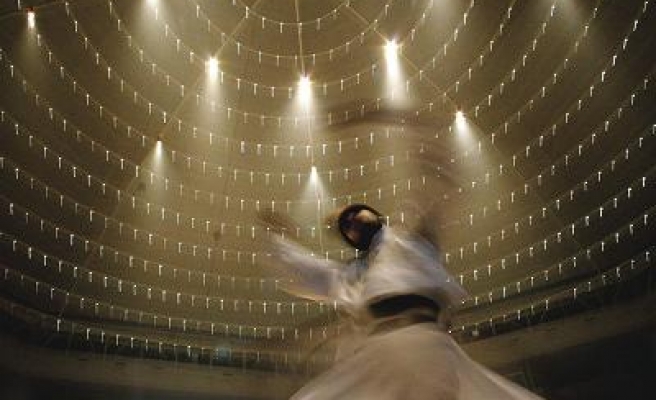 " This is the lovers’ Kaaba. Whoever comes here incomplete will leave here complete.” These words are inscribed over the door of the Mevlana’s dervish lodge. They signify that the door is open to all people without distinctions of race, religion or language and that whoever arrives ‘less than whole’ will leave ‘whole’. “We have come here to unite, not to divide,” says Mevlana, thereby capturing the key to love and universality.

At the initiative of a group of friends of Mevlana from Turkey and in line with a project undertaken by the Turkish Ministry of Culture, UNESCO has declared 2007 "The Year of Mevlana". Following the decision, a six-person committee was formed under the auspices of the Ministries of Culture and Foreign Affairs to coordinate all the official commemorative activities to be held in Turkey and abroad. Prof. Dr. Mahmud Erol Kılıç, a faculty member of Marmara University and Head of the Museum of Turkish and Islamic Art, is one of those six. President of the International Center of Islamic Manuscripts founded in affiliation with Cambridge University, he is also an honorary member of Oxford’s Ibnü’l Arabi Institute. A specialist in mystical philosophy and comparative religions, Prof. Kılıç talked with us about Mevlânâ and his universality and the activities planned for 2007.

Mevlana has had an impact on people all over the world. Why is that? What is the explanation for his universality?

Mevlana received his first instruction from his father, who was both a learned religious scholar and a Sufi or Islamic mystic. After he came to Konya, Mevlana also delved deeply into the study of external phenomena. Above all else, he was a Scholar of Islamic law. But, realizing that the study of law would never take him deeper into religion and philosophy, he embarked on the profound path that we call mysticism. In doing so Mevlana set his feet on a solid foundation, on a constant, and that constant was the Islamic religion. Rising from that foundation he achieved universality. He managed to capture universality by delving even deeper into that foundation.

Mevlana describes this spiritual and intellectual journey using his famous compass metaphor that I like so much. “In my religion one end of the compass needle is fixed, but with the other end of the needle I roam the seventy-two nations.” In other words, he is saying that even though the end of the needle is fixed he is going to wander at random like a floating mine; conversely, if both ends of the needle were fixed then he couldn’t set out to see the beauty of the world. In religion, the first implies frivolity and deviation, the second narrow-mindedness and superficiality. It doesn’t matter whether you are Muslim, or Christian, man or woman, black, white or yellow, if you are a human being then you share a basic commonality with the others. Allah says in the Holy Koran that he created man in the most perfect form. In other words, it doesn’t say that he created only Muslims perfect. “And we breathed our soul into him”, he says. Therefore man is a creature that has imbibed the soul of Allah. In his body, he is more material, more corporeal, but in this other aspect he is also spiritual, eternal and divine. Man experiences this inherent contradiction throughout his life. His spiritual nature wants to elevate man higher, his material nature to drag him down. Mevlana put his finger on this aspect of universality, this aspect of love. He was a man who had risen above his own material ego. Whatever is inside a person, that is what will come out. Because Mevlânâ captured this aspect of unity within himself, he speaks always of unity and unification. The expression of his views in poetry has a special poignance. For the wise men say, "any subject that you write about in prose in fifty volumes can be distilled into a single couplet of poetry. For poetry is the repository of symbol."

What do you believe is the most important message that Mevlana imparted?

His most important message is about the transitory nature of worldly life, and the fact that everything material is divisive and hurtful. Resentment, estrangement and conflict between people are all down to physical and material causes, whereas union lies in the spiritual and in the heart. But most people are unaware of this. Mevlana says that unity is of the essence. And because he sincerely suffered for love, if you feel the same thing you too will sense that ‘burning’ whether you read him in Turkish or in English.

Thousands of people from places as far away as America and Japan come to Konya on the ‘Şeb-i Arus’ to visit his tomb. When we ask them why they come, what it is that they find here, they say, “Mevlana showed me my true identity, my true essence. The rest showed me only my accidental qualities. You, for example, are English, they said. And you are a woman, you a man. Your religion and social class are this or that. But no one other than Mevlana ever revealed my true essence to me.” Of course the fact that Mevlânâ speaks of essences doesn’t mean that he totally denies the physical. But for him what is inside is essential, and the physical is secondary.

What sort of activities are being planned in Turkey and abroad for ‘2007, the Year of Mevlana’?

At the moment two important projects have been decided on. One of them is the International Mevlana Symposium, which will last a total of five days: 8-10 May in Istanbul and 11-12 May in Konya. Leading academics, artists and scholars in the field will come from all over the world - America, Iran, Russian and Australia - to participate in this symposium of which I am the General Coordinator.

The other project is a Mevlana exhibition which will consist of Mevlana’s own works as well as works of Mevlevism. Mevlânâ is loved not only in Iran and Turkey but in other countries as well. But in Turkey there is also the tradition of Mevlevism, which has continued ever since Mevlana’s own day. As part of that tradition, the works of Mevlana have been copied beautifully by Mevlevî calligraphers and illuminated and bound in magnificent volumes. Some have even been turned into plaques and plates. There are also many beautiful objects associated with the whirling ceremony. The exhibition, to be held at the Hagia Sophia, will feature numerous artifacts, to be selected by a special art committee, from the Mevlana Museum of Konya as well as from such Istanbul institutions as the Museum of Galata Mevlevî Lodge, the Museum of Turkish Islamic Art, Topkapı Palace, and the Museum of Calligraphic Arts.

Apart from these two projects, whirling ceremonies will also be staged and lectures given in more than thirty different cities including Washington, D.C., New York, London, Chicago, Paris, Brussels, Sarajevo, Mexico City, Cairo, Damascus, Jakarta, Melbourne, Sydney, Tokyo and Dushambe. Not only that but some municipal governments and private organizations are also organizing Mevlana activities both in Turkey and in other parts of the world. My only recommendation is that a high level be maintained. Only quality things should be done; otherwise it is perhaps better to do nothing at all.