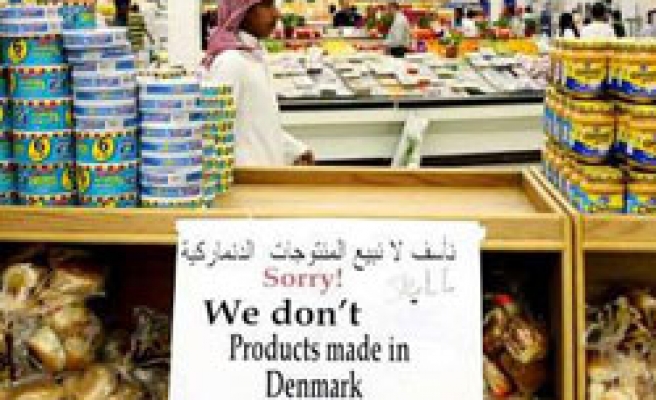 Middle East consumers are boycotting products from Danish-Swedish dairy group Arla Foods because of the publication of Prophet Mohammed (PBHU) cartoons in Danish newspapers, dealing a substantial blow to profits.

"It's currently at a point where our turnover is only at half the level that we had expected for this year" in the region, Arla Foods spokesman Theis Broegger said.

If the trend were to continue for the full-year, the loss in earnings would amount to 1.3 billion kroner (174.28 million euros, 274 million dollars), he said, "but we don't anticipate it to be like this the entire year."

Consumers in Muslim countries have boycotted Arla's products since 17 Danish newspapers in February reprinted a controversial caricature of Prophet Mohammed (PBHU) drawn by a Danish cartoonist.

Arla Foods was also subjected to a boycott in the Middle East in 2006 and suffered a loss in earnings of some 450 million kroner at the time, Broegger said.

"Consumers vote with their feet"

The dairy group, which exports primarily cheese, butter and milk, is one of the most visible Danish companies in the region. It is the one with which consumers have the most direct contact, where they can easily choose not to select their products from store shelves, he added.

"We are right there, on the frontline, where the consumers can vote with their feet. That puts us most at risk," Broegger said.

"In 2006, our sales had a complete stop. This time it's different, we still sell, but there is an impact, so it's still serious for us," he added.

Saudi Arabia, Arla's biggest market in the Middle East, "is one of the countries where we are worst hit right now."

Arla Foods, which exports products to about 100 countries, makes 73 percent of its turnover on its home markets of Denmark, Sweden and Britain, where it has production facilities.

Danish news agency Ritzau reported that another Danish dairy producer, Saedager, has also been hit by a boycott of its products in the Middle East.

Saedager's sales in the region are practically at a standstill, according to the chairman of the group Niels Bruun.

During the 2006 crisis, Saedager saw its turnover in the Middle East plunge by 70 percent, Ritzau said.