The Middle East is overusing limited water resources and the amount of water available per head will halve by 2050, leading to social strains as more people quit the countryside, the World Bank said on Thursday. 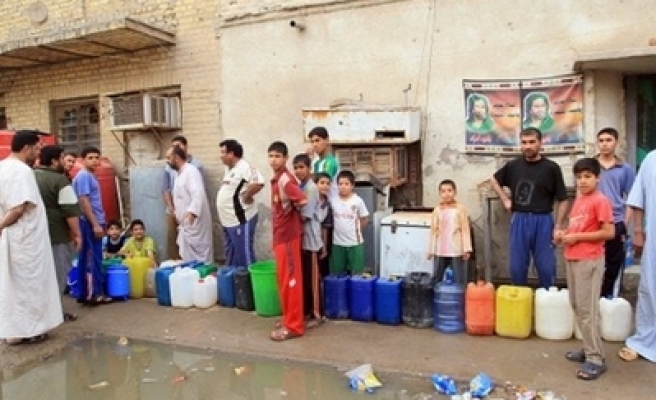 But a crisis can still be averted if governments seize the opportunity to repair water networks, build new infrastructure including desalination plants and educate people not to waste limited resources, according to a report by the bank.

The Middle East and North Africa, one of the world's most arid regions, consumes in excess of its already scarce resources in fresh water.

Declining water quality has already knocked around 1 percent off gross domestic product in Morocco, Algeria and Egypt and almost 3 percent in Iran, according to World Bank figures.

With the region's population set to soar and climate change expected to cut rainfall by 20 percent by 2050, the bank is calling for urgent reform.

"We've simply got to reduce the amount of water used, especially in agriculture which accounts for 85 percent of the total," Julia Bucknall, natural resource management specialist at the World Bank, told reporters in the Moroccan capital Rabat.

World Bank officials singled out Tunisia and Jordan as strong performers in managing water demand and making the most of available water.

"If we plan for the future, it's a lot simpler than crisis management further down the line," said Bucknall.

Much of North Africa has become increasingly dependent on grain imports as farm yields drop, the amount of viable farmland recedes and populations grow.

Morocco set an example since independence by capturing available rain with a network of dams, but in the farming-intensive Souss region around Agadir the water table has tumbled to 70 metres below ground from 10 metres in 1982.