Mussa said on Wednesday there must be an "honest broker" who can exert pressure on Israel to stop its settlement policy. 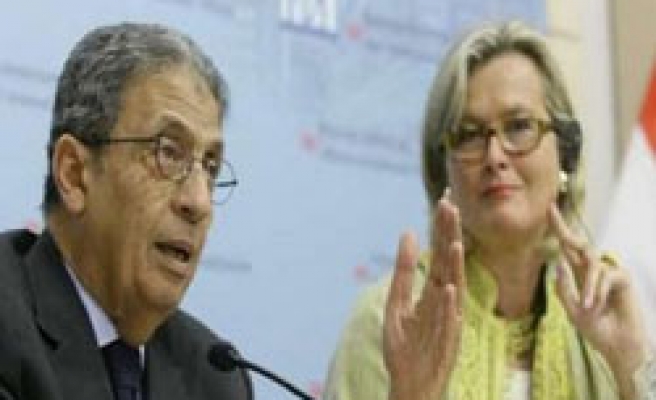 The chief of the Arab League said on Wednesday no progress in the Middle East peace process is possible without an honest broker who can exert pressure on Israel to stop its settlement policy,

"It is obvious that there is no wise broker," Amr Mussa, Secretary General of the Arab League, said during a visit to Austria. "We are running out of time," he added.

In a press conference with Austrian Foreign Minister Ursula Plassnik, Mussa blasted Israel's settlement policies as an obstacle to the peace process in the Middle East.

There was no visible progress after last year's Annapolis peace conference, he said.

Israel is not earnestly pursuing the creation of a Palestinian state, but is instead continuing its settlement policies which have changed the political and geographical realities in the region, he said.

"The steps taken by Israel paralyze any peace process," he said, reiterating that the Arab League was ready to bury the hatchet as soon as Israel retreated from the occupied territories and a Palestinian state with Jerusalem as its territory was created.

After a meeting with the head of the UN nuclear watchdog, Mohamed ElBaradei, Mussa said establishing a nuclear weapons free zone in the Middle East could help create stable security for the region.

A nuclear weapons ban had to apply to all countries, Mussa stressed.

"The Middle East does not need nuclear weapons ... but we cannot choose between programmes - all programmes are bad," he said, referring to Iran's nuclear programme, and the general belief that Israel has a nuclear arsenal.

Countries are, however, free to pursue peaceful nuclear energy.

"Iran is a neighbour, not our enemy," Mussa said. The Arab countries did not agree with all aspects of Iran's policies, but it was in the interest of both sides that differences be solved with dialogue, he added.

The Arab League chief stressed his organization's continued interest in close cooperation with the European Union, in particular promoting the EU's Barcelona process which strengthens the cooperation of countries around the Mediterranean.
Last Mod: 16 Nisan 2008, 17:17
Add Comment