Military action in Iran would be disaster: Annan

Military action against Iran over its nuclear ambitions would be "a disaster" and the only way to solve the impasse is through dialogue, former U.N. Secretary General Kofi Annan said on Thursday. 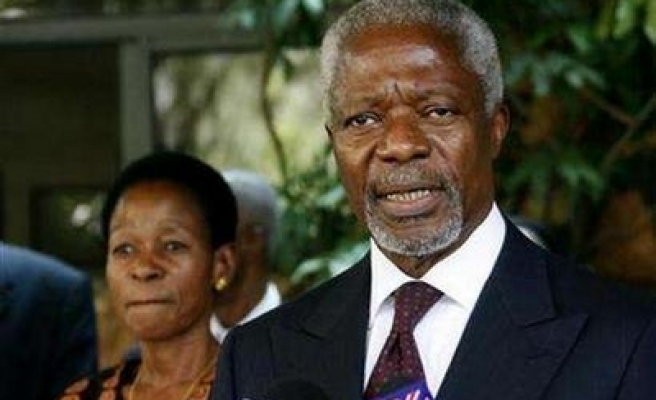 Former U.N. Secretary-General Kofi Annan warned Thursday that military action against Iran would be "a real disaster" and said the Middle East could explode if the international community doesn't handle the many conflicts in the region very carefully.

Over the past year, U.S. President George W. Bush and Vice President Dick Cheney have ratcheted up the rhetoric against Iran. They claim Washington wants a "diplomatic solution" to the Iran standoff but refuse to rule out military options.

"We cannot, I'm sure, take on another military action in Iran, and I hope no one is contemplating it," Annan said at a briefing with U.N. correspondents in New York.

"It will be a real disaster," he said.

"I really don't see any other solution than the continued negotiations and dialogue that is going on."

But Annan said there were serious concerns about a nuclear arms race in the wider Middle East if Iran goes nuclear, and Iran's efforts to enrich uranium were worrying. If Tehran acquired the technical expertise to do so for peaceful purposes, it would be a small step to use it for weapons, he said.

Annan said the burden was on Iran to reassure the world, not just the United States, that its aims were purely peaceful.

"I've said to the Iranians directly that if indeed you have nothing to hide and you're not making a bomb and your intentions are pacific, open your doors, let the inspectors come, let them go anywhere," Annan said.