In its first public statement after giving the response, government spokesman Gholamhossein Elham said that Iran had no intention of discussing its "right to enriching uranium". 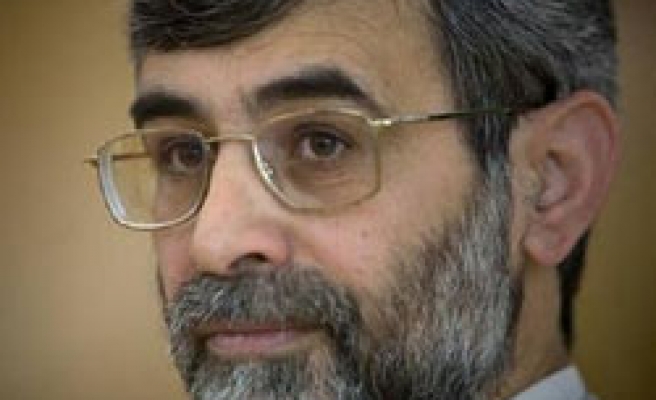 Iran vowed on Saturday to pursue its uranium enrichment programme, a day after delivering its response to an incentives package by world powers trying to curb its nuclear ambitions.

No details were released of Iran's formal reply on Friday -- submitted to EU foreign policy chief Javier Solana -- to the offer of talks on benefits if Tehran halts enrichment the West suspects is for nuclear bombs. Iran says its plans are peaceful.

In its first public statement after giving the response, government spokesman Gholamhossein Elham said that Iran had no intention of discussing its "right to enriching uranium".

"Iran's stance has not changed (on uranium enrichment) and we are ready to hold talks in the framework of preserving Iran's nuclear rights," Elham told a news conference on Saturday.

Iran, the world's fourth-largest oil exporter, says its nuclear activities are only aimed at generating power so that it can export more oil but the United States and its European allies suspect Tehran is pursuing an atomic weapons project.

Enriched uranium can be used as fuel for power plants but also, if refined much more, provide material for nuclear bombs.

"When oil prices change by $10 to $15 by official comments (about the market), oil prices will be pushed to unpredictable highs if some take an unwise decision to attack Iran," it quoted Oil Minister Gholamhossein Nozari as saying.