According to the paper reports, the military is looking for officers who might be linked to the Ergenekon organization. 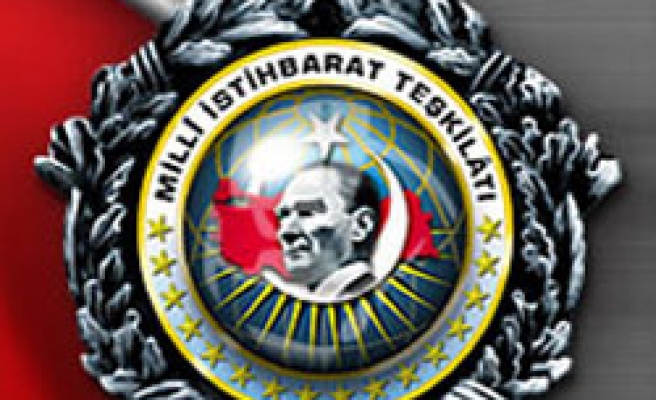 According to the report, the military is looking for officers who might be linked to the Ergenekon organization, whose suspected leaders are in jail facing charges of having plotted a coup d'état against the government.

An indictment presented on Monday made the first formal accusation against the group over having orchestrated a 2006 shooting at a top court, which ended in the death of a judge, and a bombing of the secularist Cumhuriyet daily, among other politically motivated crimes committed to foment a chaos that would trigger a coup.

Eighty-five defendants, including senior former army generals and officers, are being indicted, but no formal proceedings have yet begun against possible members of the group who are currently actively serving in the Turkish Armed Forces (TSK). According to Akşam's report, the National Intelligence Organization (MİT) reported three years ago that an illegal organization inside the TSK had been formed.

The Prosecutor's Office of the air forces then started examining the said MİT report, according to the daily, which marks the first time allegations of coup planning faced a military investigation.

The MİT report, Akşam wrote, claims that nearly 20 officers, military cadets and civilian public servants are part of the coup-planning group. The document was sent to the General Staff by MİT, which in turn forwarded the document to the air forces commander at the time, Faruk Cömert. A copy of this MİT document was found during Ergenekon raids conducted last year that ended in the seizure of computers belonging to the Workers' Party (İP), whose leader is currently in jail as an Ergenekon defendant.

The report was also found on the computer of a lieutenant colonel. However, this document is not mentioned in the indictment against the gang because the suspects said to be engaging in illegal activity to overthrow the government are currently members of the military and cannot be tried in civilian courts.

The General Staff is currently investigating the MİT document and whether it is linked to Ergenekon or not. Senior retired generals, including Faruk Özak and former Chief of General Staff retired Gen. Hilmi Özkök, might be called to testify at this point, Akşam reported.

The press continued to share leaked information with the public yesterday. Bugün reported that a document titled "Elimination of Ethnic/Separatist Operations/the Kurdish Movement" acquired during raids into Ergenekon suspects' homes laid out a plan to fight ethnic separatism. In Ergenekon's plan, which the army termed "The Antidote," the leaders of the terrorist Kurdistan Workers' Party (PKK) would be eliminated one by one and replaced by "well-trained Turkish officers" in due time.

The document, found in the home of retired Brig. Gen. Veli Küçük, a key suspect in the Ergenekon trial, bluntly exposes the links between the PKK and Ergenekon, according to Bugün's report.

A paragraph directly taken from the group's Kurdish separatism action plan read: "It is not only opening wounds in the public conscience that [jailed PKK leader] Abdullah Öcalan's orders given to the PKK or the [former pro-Kurdish People's Democracy Party] HADEP, it also conveys the image abroad that he is still the leader of an important power. This is why Öcalan's messages should be relayed by trustworthy couriers instead of being conveyed through the media."

The newspaper also claimed that retired Brig. Gen. Veli Küçük frequently said to those close to him: "Öcalan has yet to retire. There is so much more for him to do." The document laid out in detail a way to overthrow the PKK's presidential council and replace its leaders with Turkish officers from the army.

The Antidote's action plan also lays out possible ways of taking over the PKK's finance and media resources. "The Kurdish movement has been supported in the past 15 years by various means that have ensured it obtains financial resources. With an operation directed at the PKK's leadership, both the organization and its political extension, HADEP, will lose their economic power."

Bugün recalled that Öcalan, in a recent comment he made about the Ergenekon operations, had said: "They came here in 2002. They didn't come after that. They are fighting a war for hegemony among themselves."

He said: "They say they have been fighting the US for 30 years. But actually they are serving the US. [Journalist] İlhan Selçuk, [İP leader] Doğu Perinçek and Veli Küçük are all pro-American." All three are defendants mentioned in the indictment and stand accused of various crimes, although Selçuk is not currently under arrest.

According to witnesses, such a meeting between Ergenekon leaders and Kurdish leaders occurred between Tuncay Güney, an Ergenekon informant who currently resides in Canada, İP leader Perinçek, Ergenekon suspect Ferit İlsever and journalist Yalçın Küçük. Pictures of this particular meeting were acquired during a raid of Küçük's home, Bugün wrote.

In another report on Ergenekon, the Taraf daily shared with its readers a leaked document showing that Şener Eruygur, a retired senior general currently under arrest as part of the Ergenekon investigation, had blacklisted the Turkish media and journalists.