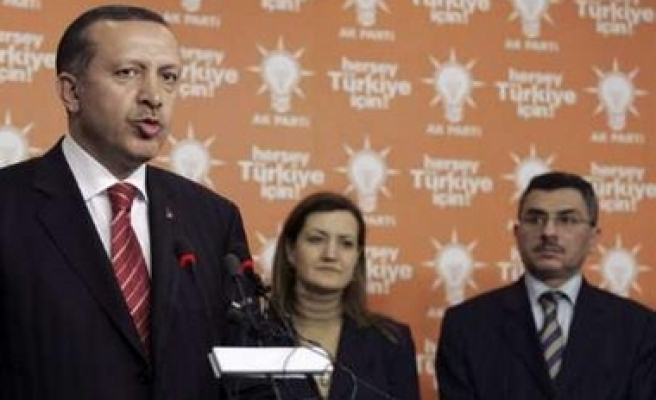 Recent polls have been suggesting that an increasing portion of the electorate has decided to support the Justice and Development Party (AK Party) after the military’s e-memo on April 27 threatening the government with intervention following a crisis in Parliament over electing Turkey's next president.

According to a recent survey conducted by a private company at the request of the AK Party, 8 percent of the voters decided to vote for the AK Party after the military issued a statement. The poll, conducted on May 7, 8 and 9, suggests that if Turkey was to hold elections tomorrow, 44 percent would vote for the AK Party, with the CHP getting 20 percent and the True Path Party (DYP) and the Motherland Party (ANAVATAN) failing to beat the 10 percent threshold to get into Parliament even after joining forces for the elections. The Nationalist Movement Party (MHP) would also be left out of Parliament with about only 7 percent of the vote. The poll's surveyors said the opposition against AK Party's presidential nominee Abdullah Gül, who is from the Central Anatolian town of Kayseri, has significantly changed voter views in that region.

Although Central Anatolia is known as a region where the MHP has traditionally been powerful, many voters in the region are now leaning toward the AK Party.

Another survey conducted by the GENAR research company confirms that both the AK Party and the CHP are likely to get more votes in this summer’s elections. According to the survey, the AK Party would get 43.9 percent of the vote, followed by a CHP-DSP (Democratic Left Party) alliance at 21.5 percent. A DYP-ANAVATAN coalition would be left out of Parliament with 9 percent of the vote, while the MHP would get only 7.3 percent. Embattled businessman Cem Uzan’s Young Party (GP) would get 6.7 percent of the vote, while the pro-Kurdish Democratic Society Party (DTP) would get 6.1 percent. According to GENAR’s poll, only two parties would make it to Parliament in this year’s general elections.

About 6.6 percent of the participants said they decided to vote for the AK Party after the release of the military e-memo covertly threatening the ruling party with a coup d’état.

Respondents in the same survey also overwhelmingly said that unemployment was Turkey’s biggest problem. Forty percent said “unemployment,” while 19 percent replied “the economy,” in response to a question inquiring what they thought Turkey’s most pressing issue was.

Fifty-four percent of respondents did not believe the AK Party posed a threat to Turkey’s regime, while 38 percent expressed concern that the regime was in danger. However, 90.5 percent said they had not encountered any intrusion into their personal lives in the past four-and-a-half years of AK Party rule.