A businessman has offered a reward of one million pounds for information leading to the return of Madeleine McCann, the three-year-old girl missing in Portugal. 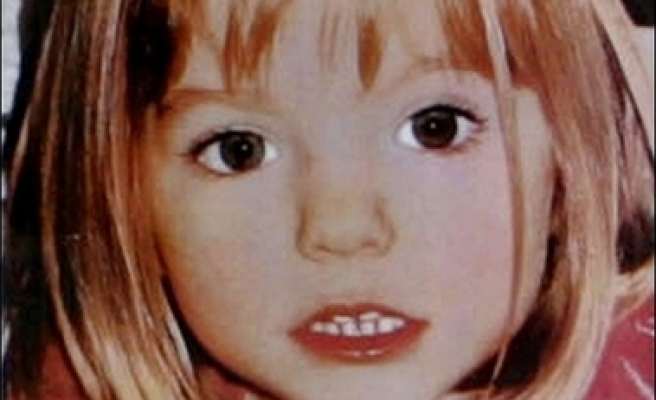 A businessman has offered a reward of one million pounds for information leading to the return of Madeleine McCann, the three-year-old girl missing in Portugal.

The news came as Portuguese police suspended their search around the Algarve holiday resort from where Madeleine disappeared more than a week ago to focus on other leads.

Stephen Winyard, a 57-year-old father-of-three who lives in Monaco, said he was moved to make the offer after seeing photographs of the girl's anguished parents, Gerry and Kate McCann.

"When I saw their faces, I felt frustrated that no one else had yet come forward offering a substantial reward, and so felt compelled to do so myself," Winyard, who owns a Scottish health spa, told the Times of London.

Portuguese investigators meanwhile have turned their attentions to new suspects in the disapparance of the girl, who was taken from her bedroom as her parents ate out at a nearby restuarant.

According to Portuguese newspaper Correio da Manha police dogs traced Madeleine's trail to another room in the Praia de Luz hotel complex where the family had been staying.

The room was rented in the name of a couple, who left soon after Madeleine's disappearance on Thursday, May 3.

This correlates with other leads the police are investigating, including CCTV images that show a girl resembling Madeleine in the company of three adults in a petrol station near the resort on the night of the disappearance.

The trio, two men and a woman, reportedly behaving suspiciously, were driving a British-registered car when they pulled into the service station, located in Lagos, a town near to Praia da Luz.

Two of the suspects, a man and the woman, were also reportedly spotted taking photographs of children in the village of Sagres, 20 miles from Lagos.

They fled when the father of one of the girls being photographed, aged four years and blonde like Madeleine, chased them away. He and his wife recognised the man from the CCTV images.

Another Portuguese daily Diairo de Noticias, said the police believe some of the staff at the hotel where the McCann family was staying could be involved in the case.

It also reported staff disputing the McCanns' account of the evening when the girl disappeared, denying that the parents were checking on their children every half hour.

Madeleine, who turns four on Saturday, was sharing a room with her younger twin brother and sister who were still in bed when her parents discovered her missing.

The girl's parents, grandparents and other Britons were interviewed by the police on Thursday, although the police said that "in no way" were they suspects.

Madeleine's father read a statement Friday to reporters in Portugal, belying British press criticism that the local police were inefficient.

"We have now seen at first hand how hard the police are working in the search for Madeleine and their strong desire to find her," he said.

"We have also seen the resources being put into the investigation.

"We are doing absolutely everything to assist the police with their investigation and we will leave no stone unturned in the search for our daughter Madeleine.

"We are very grateful for all the effort and offers of support that we have had from home and around the world.

"We have been moved by the enormous willingness of people to do all they can to help find Madeleine."

English Premiership footballers have added their voices to calls for information being spread by e-mails and the Internet, including Manchester United's Portugal winger Cristiano Ronaldo. Last Mod: 11 Mayıs 2007, 16:14
Add Comment