Millions in Iraq to get MMR jab

A major immunisation campaign is to take place in Iraq in a bid to prevent an outbreak of measles. 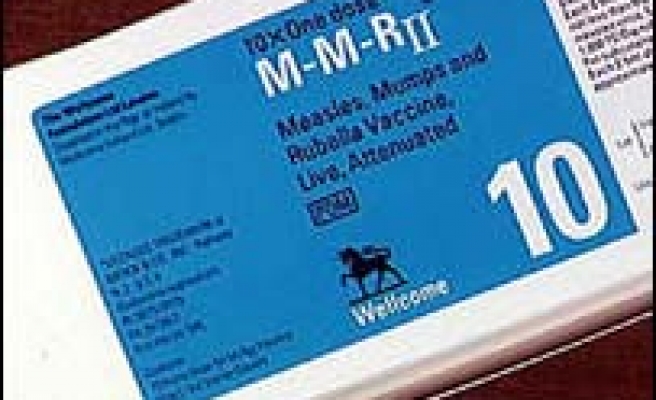 The World Health Organization and Unicef are overseeing the work of 8,000 volunteers who aim to give up to 3.9 million children the MMR vaccine.

The children, aged one to five, have missed out on their routine jabs because of the instability in Iraq.

Health experts warn measles could kill up to 10% of infected children if an epidemic took hold.


This vaccine will certainly save many young lives Roger Wright, Unicef

While measles in countries like the UK is often perceived as a relatively harmless childhood illness, it kills more worldwide each year than any other disease which can be prevented by vaccination.

Iraq's Ministry of Health is organising the two-week MMR (measles, mumps and rubella) immunisation campaign, which is also being funded by the European Commission.

Dr Naeema Al-Ghasser, the World Health Organization (WHO) representative for Iraq, said: "All children between 12-59 months everywhere in Iraq need to be immunised, even if they have had the vaccine before.

"The vaccine is safe and effective, and gives lifelong immunity against measles."

Roger Wright, Unicef special representative for Iraq added: "The timing of this MMR campaign is critical.

"This vaccine will certainly save many young lives and we are calling on everyone in Iraq to ensure vaccinators reach children safely over the next two weeks."

The campaign is part of Iraq's Measles Elimination Plan, which has so far reduced the incidence of measles cases nearly 20-fold - from 9,181 in 2004 to under 500 last year.

However, the country's growing humanitarian crisis has added to the challenges, increasing the risks for vaccinators and making it harder to calculate numbers of children to immunise.

There is particular concern about reaching children in the most violent parts of Baghdad, Diyala and Anbar.

Dr Al-Ghasser said: "We have a short window of opportunity to give children lifelong protection against a dangerous disease. This MMR campaign must proceed unhindered and unite everyone for children's sake."

Unicef recently called for increased funding for its work in Iraq. It says it urgently needs an initial $20m - of which only 11% has been received to date.