Milosevic allies could return to power in Serbia

Two years after Slobodan Milosevic died in prison while on trial for genocide, his Serbian loyalists' victory may dramatically worsen the West's troubles in the Balkans. 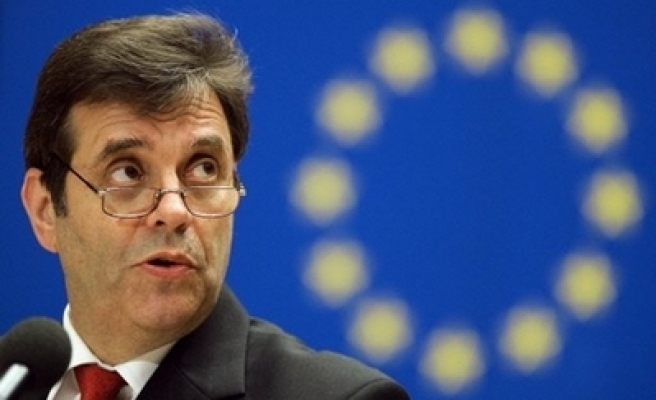 Two years after Slobodan Milosevic died in prison while on trial for genocide, his Serbian allies may score a parliamentary election victory May 11 that would return them to power and dramatically worsen the West's troubles in the Balkans.

The outcome will determine whether Serbia moves toward the European Union and the U.S., or seeks closer ties with Russia.

Outrage over Western support for independent Kosovo is driving many of the 6.7 million voters into the arms of the ultranationalist Serbian Radical Party, which used to rule together with Milosevic.

Polls suggest the Radicals have a lead of 100,000 votes over the opposition, a coalition whose Western yearnings are embodied in its name, "For a European Serbia."

"It's a stark choice — back to isolation and instability, or closer to the European Union and economic recovery," says Boris Tadic, the Serbian president who heads the pro-Western bloc but is not up for election Sunday.

A nationalist victory also would mean non-cooperation in the hunt for the remaining war crimes fugitives, in a Balkan region still suffering from the aftershocks of the ethnic conflicts in the 1990s.

Tadic narrowly defeated an ultranationalist challenger in a presidential race in January, but then Kosovo, the province Serbians regard as the cradle of their nationhood, declared independence and has won immediate recognition from Washington and its key EU allies, while Moscow backs Serbia's claim on the territory.

It was the third geographical calamity to befall Serbia after the breakup of Yugoslavia and the secession of Montenegro in 2006.

The International Crisis Group, a Brussels-based think-tank with a long history in the Balkans, said "Kosovo's independence declaration ... sent shock waves through Serbia's politics and society, polarizing the former in a manner not seen since the Milosevic era."

Hoping to help Tadic counter the Kosovo backlash, the European Union signed a pre-entry aid and trade deal with Serbia last week, aiming to show voters the benefits of casting a pro-Western vote.

But the presidency gives Tadic little power to block the prime minister and ruling party that will emerge from Sunday's election. And the Radicals are capitalizing on wounded national pride and disenchantment with 30 percent unemployment, rising prices and corruption.

"Serbia will no longer be humiliated. We will turn this country toward our true friends," Nikolic told a massive rally in southern Serbia. By "friends" he meant Russia, although the Kremlin, while verbally backing Serbia's claim on Kosovo, has refrained from openly taking sides in the election.

The Radicals' militias were the iron fist in Milosevic's ethnic cleansing campaigns in Bosnia, Croatia and Kosovo. The party's top parliamentary candidate, Vojislav Seselj, is in custody in The Hague, Netherlands, being tried before the U.N. war crimes tribunal.

The Radicals insist on keeping alive Milosevic's "Greater Serbia" dream of uniting all Serb minorities in neighboring Croatia and Bosnia with the motherland. They also pledge never to hand over to the war crimes court the "heroes" of this struggle — Radovan Karadzic and Gen. Ratko Mladic.

The two Bosnian Serbs were political and military leaders during Bosnia's 1992-95 war and are sought on genocide charges. They remain at large despite international pressure for their arrest.

The International Crisis Group sees a "real likelihood" of an elected nationalist government. It warns that such a government would probably stir low-level violence in Kosovo and urge Bosnia's Serbs to secede.

Even if they win the most votes, the Radicals are unlikely to gain an outright majority and would probably have to form an alliance with outgoing Prime Minister Vojislav Kostunica's Popular Coalition.

Kostunica, internationally known as the man who became president in the pro-democracy uprising that toppled Milosevic in 2000, has become a fierce critic of the West. His rhetoric against Kosovo independence is widely blamed for the rampage by nationalists who torched the U.S. Embassy in Belgrade and attacked other Western targets.

Kostunica claims Tuesday's deal with the European Union is a "hoax" to buy Serbian acceptance of Kosovo statehood. He wants deeper ties with Russia instead.

Kosovo independence is such a sensitive issue that even moderate politicians like President Tadic can't afford to be seen as offering compromises.

But Vuk Draskovic, former foreign minister and Milosevic opponent, worries that a Radical-led government might "build a Berlin Wall between us and the European Union."

"It would be a true nightmare," he says, "to wake up on May 12 and see that those I have fought against for 20 years have returned to power."