The leader of Serbia's ultra-nationalist Radical Party has been elected as the speaker of parliament after 15 hours of debate failed to produce a consensus on a coalition government between reformist parties. 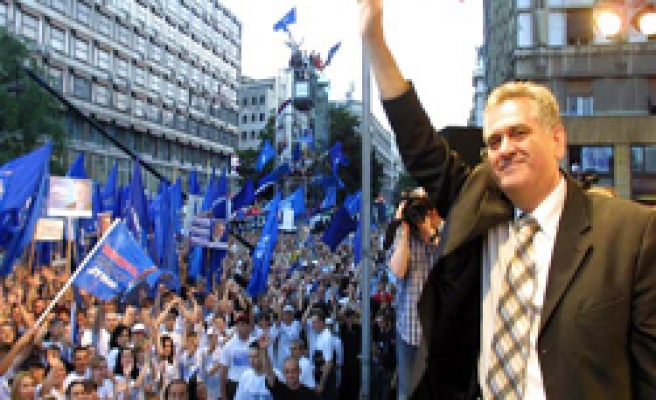 The leader of Serbia's ultra-nationalist Radical Party has been elected as the speaker of parliament after 15 hours of debate failed to produce a consensus on a coalition government between reformist parties.

Opponents of Tomislav Nikolic say his appointment on Tuesday may signal a return to the country's isolationist policies of the 1990s.

Of 244 MPs in attendance during Monday's 15-hour session, 142 supported the candidacy of Nikolic, the leader of Serbian Radical Party (SRS) defeating the 99 votes for the only other nominee, Milena Milosevic of the pro-European Democratic Party (DS).

Three MPs abstained from the vote.

Efforts to form a pro-Western coalition government at the weekend collapsed when Vojislav Kostunica, the prime minister, and Boris Tadic, the president, blamed each other for the failure to reach a power-sharing deal.

Election results from January 21 had left no party with a mandate to form a government.

The Radicals came first but fell short of an outright majority with 81 of the parliament's 250 seats. The DS holds 64 seats and Kostunica's Democratic Party of Serbia (DSS) has 47. The smaller G17 Plus party has 19.

Under Serbia's constitution, parties have until May 14 to form a government or new elections must be called.

Coalition talks have been deadlocked for weeks since Kostunica demanded his party retain control over the interior ministry and the BIA intelligence agency.

Those positions are crucial power centres in the government as they handle two key issues - the impending final status of Kosovo and co-operation with the UN war crimes tribunal, a key condition for Serbia's bid for European Union membership.

After Monday’s debate, Kostunica and his DSS allies backed Nikolic.

Nikolic's appointment makes him Serbia's second-most important politician. In addition to his role in parliament, the speaker replaces the president in case of incapacity or resignation.

Dragan Sutanovac, an MP from the DS party, said the decision marked "the beginning of a new radicalisation of Serbia".

He said Nikolic personified the disastrous policies of former president Slobodan Milosevic, who was ousted in 2000.

Dinkic said Kostunica, who succeeded Milosevic, was betraying his reformist credentials by backing the Radicals.

The Radicals and DS are resistant to further integration with the EU and Nato, which Tadic and the pro-Western majority want Serbia to join, and suspicious of economic liberalism and market reforms.
Last Mod: 08 Mayıs 2007, 17:00
Add Comment