Recent stances taken by political parties on issues regarding EU reforms, minority rights and nationalism could be a determinant of how members of religious minority groups will vote in this summer's elections. 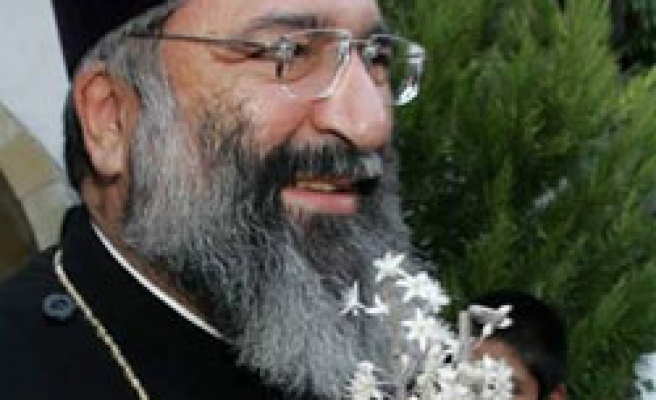 Recent stances taken by political parties on issues regarding European Union reforms, minority rights and nationalism could be a determinant of how members of religious minority groups will vote in this summer's elections.

Turkey's minorities are increasingly drawn to political parties that display respect for democracy. Even more so, they are growing cooler towards those flirting with neo-nationalists who oppose EU membership, improved minority rights and extended freedoms.

"To be honest, we Armenians prefer the Justice and Development Party [AK Party] to the opposition Republican People's Party [CHP]. The AK Party's attitude toward minorities is less nationalist. The [Recep Tayyip] Erdoğan government is very open to our demands," said Armenian Patriarch Mesrob II, the religious leader of Turkey's 60,000 Armenian Orthodox citizens, in a recent interview with German Der Spiegel. He told the magazine that Turkey's Armenian community has good relations with the AK Party government.

Sebu Aslangil, a member of the Patriarchate's law commission, told the news Web site NTVMSNBC in an interview conducted this Monday that "it is a fact that the [Armenian] community is leaning towards the AK Party and the independents. A major role in this was played by the foundations law - which the [Republican People's Party] CHP fiercely opposed when the AK Party tried hard to pass it." Although Aslangil stressed that it is impossible to talk about a homogenous pattern of voting in the community, he expressed the opinion that a majority of the community clearly felt the AK Party was closest to solving the problems of minorities.

Zeki Basatemir, chairperson of the Syriac Catholic Church Foundation, said Syriac Catholics, estimated to number about 5000, were reviewing programs and policies of all political parties like all other Turkish citizens to find the candidates who are closest to them. "No concrete name has come up yet, but I can't say we are unhappy with this current government. We think they are good at solving our problems." There is also the Syriac Orthodox community, thought to number around 20,000 as of 2005.

The Syriacs are the largest religious Christian community in the country, although they are not legally considered a minority group.

Other groups, however, are more uncertain than others. Yusuf Beytaş from Mardin's Syriac Community says the individual preferences of community members greatly vary. "We have a lot of people who like the AK Party, as well as the CHP or the other parties," he told Today's Zaman. Silvio Ovadya, leader of Turkey's Jewish community of 20,000, said Jewish minorities are not yet decided. "A party has not been given support for the elections among the community. Maybe later there will be a name, but not yet," he added. Ovadya said he did not feel that most members of the community overwhelmingly pre-ferred a single political party. However, leaders of communities tend to be more reserved in speaking on politics. Many of Turkey’s Greeks and Armenians vocally and very clearly express their resentment of nationalism and political parties that push aside democracy in order to exploit the nation’s nationalist feelings.

Mihail Vasiliadis, publishing director of Apoyevmatini, an 80-year-old newspaper for the Greek community, said in a recent interview, “The AK Party has to come to power so that I can feel myself as a citizen after 60 years.” He is one of the many people in this country who feel the increasing threat of neo-nationalism and who know that Turkey’s can only be found in democracy.

Turkey’s minorities have had to endure much since the founding of the republic, sometimes at the hands of populist politicians and sometimes simply out of the social prejudices and discrimination against them. In the 1930s they were subject to a discriminatory levy known as the Assets Tax, which imposed higher taxes on non-Muslims. In the 1950s, they were subject to mass violence on the streets of Beyoğlu at the hands of an angry mob. However the tide might be starting to turn as more and more European Union-inspired reforms are being passed, ensuring equal rights for all religious and ethnic minorities. One example is a recent draft on foundations the government tried to pass last year in Parliament. The law, which stipulated that all buildings and other assets taken unjustly in the ‘30s from minority foundations be returned, was not passed in the face of fierce opposition from the main opposition CHP.

The CHP argued that returning the possessions of minorities was tantamount to selling the country and that the law could be passed only if EU countries guaranteed the same rights for their Turkish minorities. This sentiment deeply hurt Turkey’s non-Muslim citizens. A hundred intellectuals from minority groups, including Turkish Armenian journalist Hrant Dink, who was slain by a neo-nationalist youth earlier this year, signed a declaration condemning the CHP’s mentality that considers its non-Muslim citizens to be “hostages.”