Minority students now account for 42 percent of public school enrollments in the United States, up from 22 percent three decades ago, driven mainly by an extraordinary influx of Hispanics, U.S. media reported. 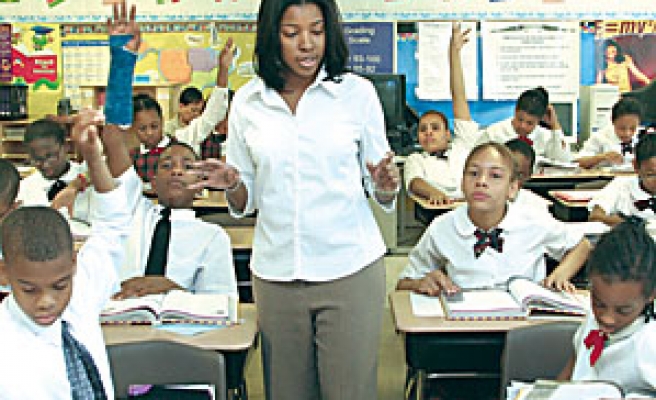 Minority students now account for 42 percent of public school enrollments in the United States, up from 22 percent three decades ago, driven mainly by an extraordinary influx of Hispanics, U.S. media reported Friday.

A statistical survey of the nation's educational system portrays sweeping ethnic shifts that have transformed the schools. The changes have been most striking in the West, where, the survey says, Hispanic, black and Asian students together have outnumbered whites since 2003, The New York Times reported.

The annual survey was cited as showing that all regions in the country have seen growth in minority student enrollment, particularly by Hispanics, who accounted for one of five public school students in 2005, the last year for which data were available.

The Congressionally mandated report, "The Condition of Education," draws on data collected from state education agencies, schools and colleges by the National Center for Education Statistics, the data-gathering arm of the Department of Education.

The most pronounced development in school demographics has been in Hispanic growth. Hispanic students accounted for just 6 percent of public school enrollment in 1972, but by 2005 their numbers had grown to 20 percent, the survey found.

During the same period, white enrollment declined to 58 percent of school population, from 78 percent. African-American enrollment changed little: blacks were 14.8 percent of all students in 1972 and 15.6 percent in 2005.

The distribution of groups differs considerably by region. The Midwest remained the whitest region in 2005: 74 percent of students there were white, and 26 percent members of minorities.