Mirren to star in Gaza drama

Mirren to star as woman whose journalist daughter falls in love with Palestinian man. 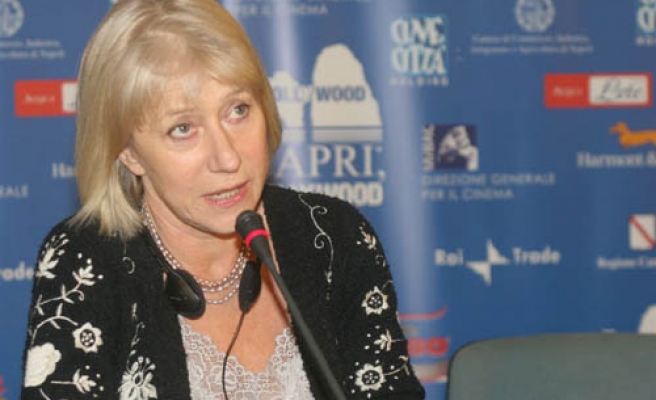 Oscar-winner Helen Mirren is being lined up to star in a film set in the Gaza Strip, as a woman whose journalist daughter falls in love with a Palestinian and is killed, the company making the film said on Thursday.

The film, described by Left Bank Picture head Andy Harries as more human interest than political, is expected to be shot in Jordan because the fighting between rival factions in Gaza.

"It is a very early development and Helen's name is attached to it," a spokesman for the film company said. "But there is no contract and only a very early script."

"But it is safe to say that if it does go ahead -- and there is no reason to assume it won't -- then Helen will be involved."

The film is to be directed by Philip Martin and written by Frank Deasy, who worked with Mirren on the television series "Prime Suspect", Israeli newspaper Haaretz said.

Mirren, 61, is best known for her Academy Award-winning turn as Britain's monarch in last year's "The Queen".