Turkish official Bayar has said Turkey is in talks with four defense giants for the procurement of long-range and high-altitude air and missile defense systems. 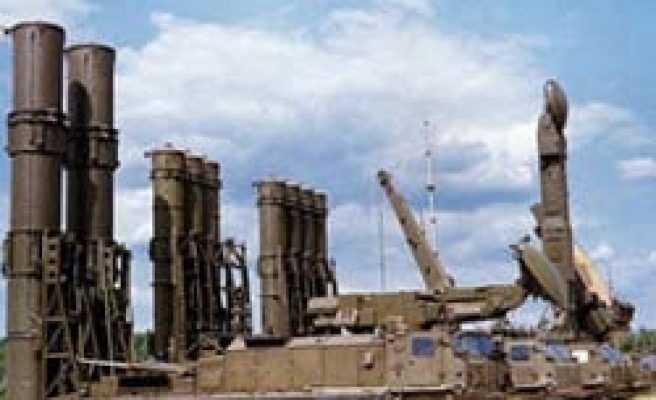 Undersecretariat for the Defense Industry (SSM) Undersecretary Murad Bayar has said Turkey is in talks with four defense giants for the procurement of long-range and high-altitude air and missile defense systems.

Bayar, speaking to the Anatolia news agency yesterday, said Russia, the United States, China and Israel are interested in Turkey's air and missile defense tender and that talks with these countries are continuing.

Bayar stressed some sub defense systems in the project will be produced with the contribution of Turkish enterprises. "We plan to put the said air and missile defense systems into use by 2010. Two of these systems will be deployed in Ankara and İstanbul and the remaining two in places to be determined later in accordance with threats in the region," he said.

Turkey's need for a long-range and high-altitude air and missile defense system first came to prominence in 1991, when the US occupied Iraq. Its importance increased in 2003, when the US invaded Iraq for a second time.

Defense experts say the US and Russia will be more advantageous than China and Israel in the tender as the former two are more experienced in the field.

In late July Russia renewed an earlier offer for the direct sale of S-400 missiles to Turkey as an alternative to Russian participation in a tender opened by Ankara for the acquisition of long-range air and missile defense systems.

The SSM earlier turned down a Russian offer for the direct sale of S-400 missiles through state-to-state negotiations, advising Russia to participate in the tender.

Local Turkish defense industry sources believe that the SSM would not agree on a direct purchase of Russian missiles but stick to its earlier policy of acquiring the missiles through an international competition.

However, the SSM might be inclined to favor the Russian systems if Moscow comes up with an offer to transfer advanced technology as well as a larger work share to local companies in the project, supporting a Turkish policy of putting emphasis on boosting local industry that has increased the ratio of domestic-to-foreign defense production from 25 percent in 2003 to around 40 percent today.