Of the 11 people killed, some fell to their deaths, others froze, and some simply went missing with no chance of survival. 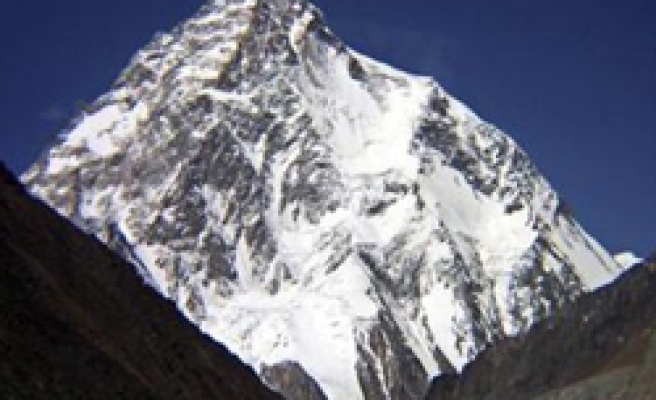 Heavy mists around K2 prevented a Pakistani army helicopter from attempting to airlift a stricken Italian climber off the the world's second-highest mountain on Tuesday, following a climbing disaster that killed 11 others.

Hobbling on severely frostbitten feet, Marco Confortola, 37, believed to be the last survivor of the K2 tragedy, reached a camp at 6,000 metres by mid-morning, having spent four nights at high altitude after disaster struck European and South Korean climbing teams following their summit on Friday evening.

Of the 11 people killed, some fell to their deaths, others froze, and some simply went missing with no chance of survival.

Confortola was helped down by a rescue party made up of an American climber and Pakistani high-altitude porters who raced up the steep flanks of K2's towering pyramid on Monday and bivouaced with him overnight as he was too exhausted to go any further.

"He has reached at the Advance Base Camp and from there, he will be airlifted," retired Brigadier Mohammad Akram, vice president of Pakistan's Adventure Foundation, told Reuters.

"He couldn't make it during the night as he was completely exhausted," Akram said. "His feet have become swollen and his boots are now so tight on him."

The team had to bring him down to an altitude that would be safe for a helicopter to airlift him to a hospital at the northern Pakistani town of Skardu where other survivors were being treated.

"He's getting medical assistance at the camp, but we want him here as early as possible so that he could get better treatment," Faizanul Haq, a spokesman for Italian embassy in Islamabad, said.

While a helicopter can land at the Advance Base Camp, mists enveloping K2 made a flight too hazardous.

"Since early morning, the weather is very hazy and cloudy. There's visibility problem," said Major Farooq Firoz, a military spokesman for the region.

Akram said despite pain and exhaustion, the climber's inner strength shone through.

"He's struggling, he is weak, but he is in good spirit."

Confortola spoke by satellite telephone to a fellow-climber back in Italy on Monday.

"Of course, of course, I'll keep going. Imagine if I gave up now," he told Agostino Da Polenza, head of the Ev-K2-CNR mountaineering group.

Catastrophe struck the two teams when an ice wall sheered off, sweeping away fixed lines needed for their descent through a steep gully known as the Bottleneck.

Wilco van Rooijen, the leader of one of the ill-fated teams was ferried to the hospital at Skardu on Monday along with fellow Dutchman, Cas van de Gevel.

Speaking to Reuters from his hospital bed, van Rooijen bitterly recounted mistakes made and the numbing panic that appeared to grip some climbers after they became stranded at an altitude known in mountaineering parlance as the "Death Zone".

"People were running down but didn't know where to go, so a lot of people were lost on the mountain on the wrong side, wrong route and then you have a big problem," van Rooijen said. He said he was screaming for people to work together, but many of them failed to react, apparently locked in their own personal struggle for self-preservation.

Technically more difficult to climb than Mount Everest, K2 is even harder to descend.

Mountaineering veterans have questioned the wisdom of an assault on the summit that resulted in some climbers reaching the top in darkness after 8:00 p.m. last Friday.