Balad chairman submits his resignation in letter sent to Israeli Embassy in Cairo. 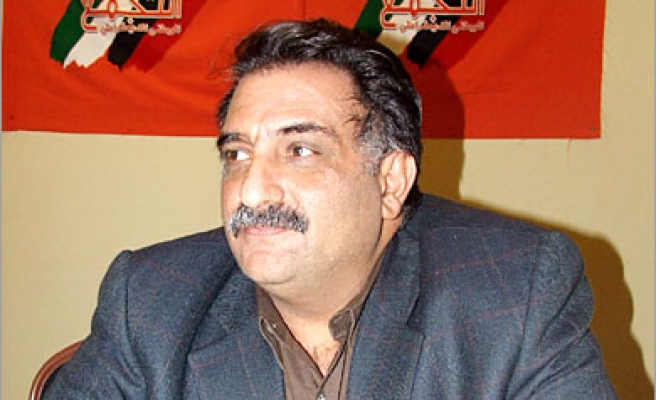 Balad chairman submits his resignation in letter sent to Israeli Embassy in Cairo. MK, who left Israel amid police investigation, tells al-Jazeera he decided to set new rules to game. 'Exile is not an option. I will definitely return, the question is only when,' he adds.

Balad Chairman, MK Azmi Bishara, resigned from Knesset on Sunday. According to Foreign Ministry officials, Bishara submitted his resignation letter to Israeli Ambassador to Egypt Shalom Cohen. His faction member, MK Jamal Zahalka, also confirmed the report.
Bishara left Israel several weeks ago, and since then has been the subject of rumors that he plans to resign from Knesset.

In the resignation letter he wrote, "Since the elections I made up my mind to resign from Knesset and dedicate more time to contemplative and literary writing. In addition, I have always believed that I was at the Knesset out of duty, and not as a profession."

The resignation will come into force on Tuesday and he will be replaced in the Knesset by Attorney Said Nafa.

Shortly after submitting his resignation Bishara gave an interview to the al-Jazeera television network, in which he explained the reasons for his decision.

"Recently, the accusations voiced against me at the Knesset have become stronger. It appeared as if I was taking advantage of my immunity, but this was not the case. I don’t want to give the Right this opportunity and in any even I had planned to resign, and therefore I submitted my resignation.


"The resignation can be submitted either to the Knesset or to Israeli representatives abroad, so I submitted my resignation to the ambassador."

Bishara continued, "I decided not to wait, and to submit my resignation and end my plans here before returning to Israel. I did not want to give the Israeli Right the opportunity to hold this festival against me.


"Now I have lost my immunity and have become a normal citizen. I have decided to set new rules for the game just like I want, and not under the pressure put on me.


Asked whether he plans to end his political career in Israel, Bishara replied, "Not at all. Since I was young in the 1970s, I have taken part in the political life and reached the top."

Report: Bishara may not return to Israel

Bishara, who left Israel amid a police investigation into his foreign contacts, was quoted Saturday as saying in Egypt that he is considering staying abroad because he fears a long term jail sentence and an end to his political career.

Bishara, a fiery nationalist Arab lawmaker, left the country earlier this month after Israeli media outlets speculated that the police investigation could lead to charges ranging from treason to corruption.

Bishara told a group of Egyptian intellectuals late Saturday that he might not return to Israel, to avoid a trial.

According to several people who attended the meeting with Bishara at the Egyptian Press Syndicate, the lawmaker said he was being investigated in Israel on accusations that include “providing enemy with information at a time of war, visiting an enemy country and bringing money illegally into the state of Israel”.

“I will not venture going back while these threats still stand,” Bishara was quoted as saying by the intellectuals meeting with him. They spoke on condition of anonymity because of the sensitivity of the issue.

According to the report, the three had an hour-long meeting in Aboul Gheit's office in which they discussed "the recent political developments in the region, the diplomatic efforts and the Arab peace plan. Opinions were exchanged in an atmosphere of understanding and mutual respect."

Last Sunday, the Petah Tikva Magistrates Court revealed for the first time that an investigation was being carried out against the Balad chairman, but did not allow details of the case to be published.

In an interview with al-Jazeera last week, Bishara addressed the investigation, saying that "there is a gag order, and on the other hand there are constant leaks. I was very surprised while I was abroad by the hysteria and the unprecedented incitement against me.I was investigated, I heard what I was suspected of, I was surprised and I provided my answers."