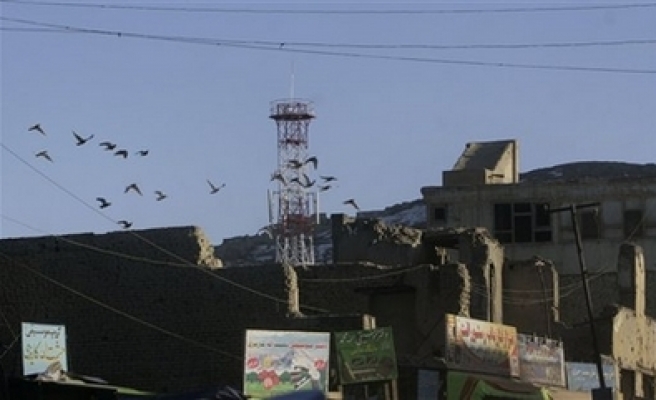 The Taliban last week ordered mobile phone operators to switch off their networks from five in the afternoon until seven in the morning, saying foreign troops in Afghanistan used mobile phones to track the militants.

Saturday night's attack targeted an antenna belonging to the Roshan mobile company just outside the city of Kandahar. The first raid hit a tower of Areeba, another mobile phone operator, in Kandahar hours after a Taliban ultimatum expired on Thursday.

Mobile phone operators have not commented on the two attacks and the Taliban warning. Ousted from power in 2001, the Taliban fighters themselves largely rely on mobile and satellite phones for communicating with each other and the media.

Mobile phone networks are virtually the only means of communication in Afghanistan, a country ravaged by three decades of war.

Four mobile operators, three of them foreign firms, with an estimated investment of several hundred million dollars have sprung up in Afghanistan since Taliban's removal.