As death and bloodshed become part of their daily lives, Mogadishans are lamenting the short-lived peace they enjoyed under the Islamic Courts, with a leading British think-tank expecting the Courts to re-emerge again. 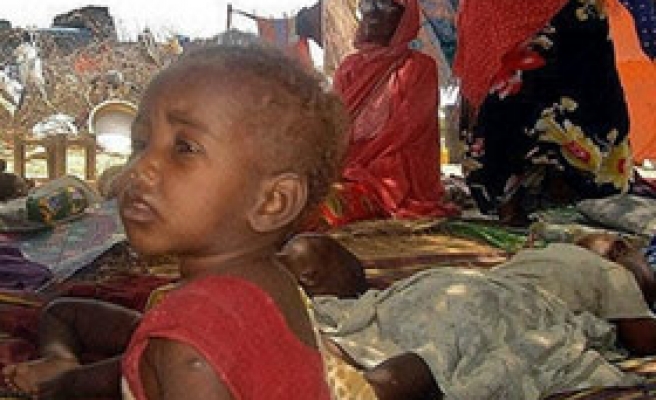 As death and bloodshed become part of their daily lives, Mogadishans are lamenting the short-lived peace they enjoyed under the Islamic Courts, with a leading British think-tank expecting the Courts to re-emerge again.

"In the six months the Islamic Courts were here, less than 20 people lost their lives through violence," Hussein Adow, a businessman waiting for medical help outside the Madina hospital, told The Times on Thursday, April 26.

"Now many die in ten minutes."

Since then, the capital Mogadishu has plunged into an abyss with daily clashes.

Fighting entered its ninth straight day on Thursday with the Ethiopians unleashing a new major offensive.

Officials and human rights workers say at least 329 people have been killed so far in the fighting.

For many residents, the fighting contrasts with the stability under the SICS.

"The Islamic Courts brought peace and we were happy," said Abdirahman Figi, the Madina hospital director.

He said the Ethiopians had shelled his hospital, the largest in the capital, stolen money and medicines and then commandeered it for barracks.

Figi insists that the Ethiopian-backed powerless interim government is "worse than the warlords."

The UN said Thursday that all sides are breaking the humanitarian law by indiscriminately firing on civilian areas.

The UN stated that Up to 400,000 people have fled the ghost city of Mogadishu.

People in Mogadishu complain the conflict is taking its toll on innocent people who are dying just because they cannot escape the rampage.

"We are in the middle of two crazy groups, one calling themselves insurgents and the other saying they’re the government," Farah Rage, a resident who could not flee the fighting like thousands others did, told The Times.

"Both are in concrete buildings so it’s the civilians who die."

Sitting beside injured Saida Ali in the hospital, Rage said his niece managed to flee the intense fighting with her children.

But when she got back, desperate for work to feed her children, a shrapnel hit her in both her legs.

Saida's dilemma is not rare in Mogadishu where no one is safe any more.

Said Muhammad Abukar, 40, laid helplessly on an operating table in Madina with his stomach slit down the middle while doctors were searching for shrapnel in his abdomen.

Abukar was about to flee with his family when a shell ravaged their house, leaving them buried under struggling to dig their way out.

"I didn’t know if I was going to live, let alone my son," his distraught father said in grief.

Hussein Dhere, the hospital’s deputy director, said the situation was a total misery with barely enough bandages to patch up the flood of wounded, adding that even the bottles of medicine are running dry.

"If this lasts another ten or twenty days we can’t cope," he said.

Chatham House, a leading independent British think-tank, has accused the US and Ethiopia of hampering international efforts to bring peace to the war-torn country.

"Genuine multilateral concern to support the reconstruction and rehabilitation of Somalia has been hijacked by unilateral actions of other international actors -- especially Ethiopia and the United States -- following their own foreign policy agendas," the foreign affairs think-tank said.

It blasted as "highly provocative" the intervention of Ethiopia in early 2007 with US support to counter the rising SICS.

"This experience dramatically underlines the benefits of the brief period of 'Islamist' authority in southern Somalia which already begins to seem like a 'Golden Age'," they said.

Barnes, from London's School of Oriental and African Studies (SOAS), and Hassan, from the Somali Media Centre, said people do not trust the interirm government and it does not represent the powerful interest groups in Mogadishu.

"Whatever the short-term future holds, the complex social forces behind the rise of the Islamic Courts will not go away," the authors said.

"Indeed, while warlords and secular governments have come and gone, the Islamic Courts have enjoyed relatively consistent support for over a decade.

"They have tended to garner support when the populace are fed up with insecurity and ineffectual and corrupt politicians."

Somalia has not had a functional ruling for 16 years with more than 14 internationally-backed attempts to create a government eventually foundered.

During its six-month rule, the Islamic Courts reunited powerful clans which has long controlled the capital.

"For these reasons alone, as well as the likely long-term failure of the Transitional Federal Government's reliance on foreign protection and unwillingness to reconcile with armed opponents, the forces behind the Islamic Courts -- in one form or another -- are likely to rise again."