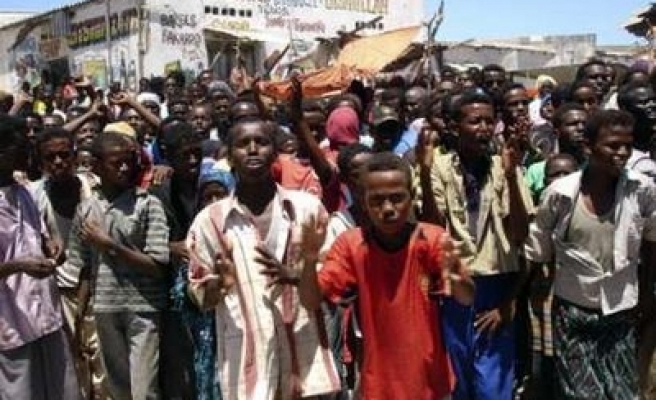 Thousands of angry Somali protested in Mogadishu's streets on Monday, angry at food traders who have refused to take old currency notes that have been blamed for spiralling inflation, witnesses said.

"The whole city is up in smoke," protestor Hussein Abdikadir told Reuters.

"Traders have refused to take old notes. Food prices are high yet we have nothing to eat. We will protest until the traders agree to take the notes and sell us food."