More than 150,000 people have been shifted to makeshift camps in the state's coastal belt where flood waters damaged homes and crops and washed away roads. 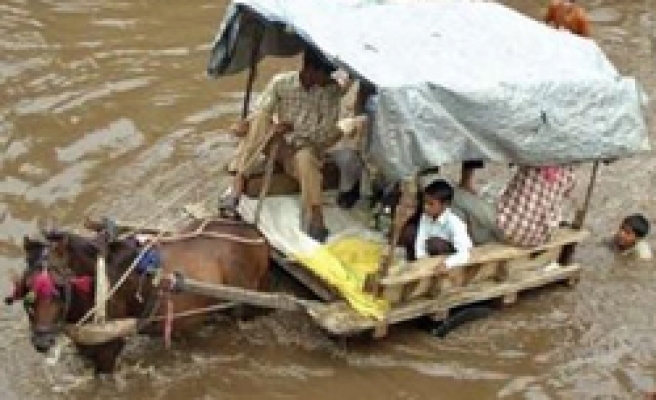 Heavy monsoon rains brought down homes and swamped parts of southern India, killing at least 40 people over the weekend, officials said on Sunday.

The rains triggered flooding in Andhra Pradesh state and swamped its capital Hyderabad where 14 people were killed, mostly crushed under the roofs of their homes. Two people were electrocuted by uprooted power lines.

More than 150,000 people have been shifted to makeshift camps in the state's coastal belt where flood waters damaged homes and crops and washed away roads. The remaining deaths were reported from these areas.

"The flood situation is serious," said Priyadarshini, a state disaster management official who uses only one name.

Hyderabad, which has several big IT offices, including that of Microsoft, bore the brunt of the rains. Boats were being used to rescue people trapped in flooded neighbourhoods. Air force helicopters were also on standby.

Authorities fear the situation could worsen as more rain had been forecast in the next 48 hours.

The monsoon usually hits India on June 1 and retreats in September, and is key to irrigating some 60 percent of farm land. But it leaves in its wake massive destruction, killing hundreds of people, destroying homes, crops, roads and bridges every year.

The first edge of monsoon this year killed some 100 people, mostly in the country's flood-prone east and northeast.