A workshop organized on Turkey by a Washington-based think tank last week turned out to have an invitation text for participants that was no less scandalous than the meeting itself. 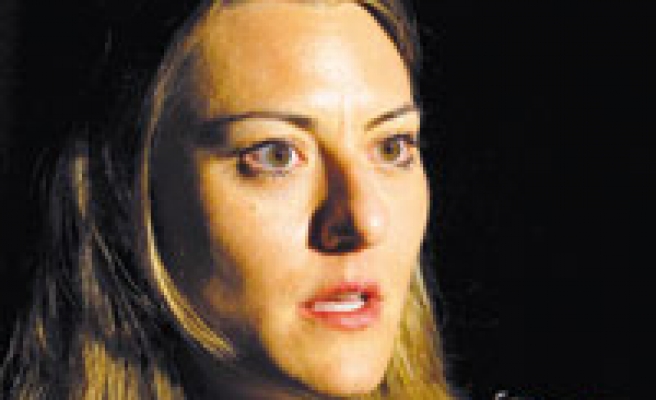 A workshop organized on Turkey by a Washington-based think tank last week turned out to have an invitation text for participants that was no less scandalous than the meeting itself.

While the workshop included discussions on strange and terrifying scenarios in Turkey as part of a brainstorming exercise, the invitation text listed terrorist attacks and assassinations as possible Turkish case scenarios to inform the participants about the exact topics beforehand.

The Hudson Institute's meeting behind closed doors was leaked to the press at the end of last week, evoking alarmed responses from Turkish politicians and opinion leaders. The possible cases mulled over by participants included such horrifying scenarios as the assassination of Tülay Tuğcu, the retired head of the Constitutional Court, and the deaths of at least 50 İstanbul residents in a terrorist bombing on the busiest street in the city.

The invitation text for the meeting, obtained later than the information on the meeting itself, included headlines outlining the Hudson Institute’s several unrealistic, yet horrifying, postulations on how events in Turkey might unfold in the near future.

As more details came in on the secret meeting dubbed the “Turkey Workshop,” organized by the pro-Bush administration Hudson Institute, an invitation text emerged that briefly covering the recent developments in Turkey and specifying exact topics to be discussed. This verified that the participants had information about the workshop’s content prior to the meeting.

The invitation outlines the meeting sessions with headlines translated into Turkish as “Introduction,” “The Scenario,” “Questions” and “Wildcard.”

The text of the scenario briefly envisions chaotic days for Turkey beginning with a suicide bomber killing 50 people, including tourists, on the pedestrian Beyoğlu Street in İstanbul. Most assume that the Kurdistan Workers’ Party (PKK) staged the act. The next day, the Interior Ministry states that the bomber had been trained in northern Iraq. The Chief of the General Staff expresses his forecast that the PKK will continue to stage more terrorist attacks in big cities while the US State Department calls for calm. Around the same time, the head of the Constitutional Court, Tülay Tuğcu, is assassinated in another suicide attack. Soon, millions attend protest rallies in the cities of Ankara, İstanbul and Samsun. The Turkish military enters northern Iraq with a force of about 50,000 troops. The Iraqi government’s response is fierce.

Beneath this scenario, the invitation text lists brainstorming questions such as: “How would the military operation change if it turns out that the two attacks were not the work of the PKK, but al-Qaeda?”

June 18: A suicide bomber crashes his explosives-laden pick-up truck into the police station in Beyoğlu, a crowded shopping and cultural district of Istanbul frequently visited by tourists. The resulting detonation collapses the front of the police station and severely damages several nearby buildings. The attack claims the lives of at least 50 police officers, shoppers and tourists, while critically wounding over 200. Within hours, rumors spread that the PKK was behind the horrific attack, although no organization has yet claimed responsibility.

June 19: Interior ministry officials announce that the attacker was trained at a PKK camp in northern Iraq. The Turkish General Staff concurs with the interior ministry’s findings. General Büyükanıt warns that PKK terrorists will continue their attacks in major cities as long as the Turkish-Iraqi border is left unprotected and the command and control structure of the terrorist organization is still intact. He maintains that the border can only be protected from both sides, and therefore, a military incursion should be enacted immediately. The US State Department releases a statement urging Turkish authorities to remain calm despite the severity of the attack.

June 23: Iranian officials announce that an Iranian truck convoy carrying ammunition to Damascus has been attacked by PKK operatives in Iran. They claim that the Americans instructed the PKK to attack the train in order to stop the supplies from reaching Syria. Iran, angered by this attack, offers to provide logistic and military support for any Turkish operation against the PKK in northern Iraq.

June 24: Another suicide attack occurs outside the Constitutional Court in Ankara. This attack is timed so as to coincide with the departure of President of the Court Tülay Tuğcu. She is mortally wounded and dies later that day at a nearby hospital. Investigators confirm that the explosives used in this attack were the same kind as those used in the Beyoğlu bombing.

June 25: Dual statements from the interior ministry and the General Staff point to the PKK’s involvement in the attack. Millions of Turks take to the streets in Ankara, Istanbul, Samsun and Izmir to denounce this violence and call for the military to deal the PKK a mortal blow.

June 25-28: In an effort to acquire political capital in the pre-election period by appealing to the ultranationalists, Prime Minister Erdoğan successfully lobbies Parliament and acquires authorization for a cross-border operation. The General Staff identifies the following objectives for such an operation: 1) to undertake precision assaults against designated regions; and 2) to halt the flow of weapons and militants into Turkey.

June 29: At dawn, 50,000 Turkish troops cross into Iraq, establishing several checkpoints along the Iraqi side of the border and engaging in minor skirmishes with PKK fighters. The Iraqi government strongly condemns the actions of the Turkish military, demanding that it leave immediately. The US State Department’s response to the incursion is similar, asserting that Turkey’s actions will only serve “to destabilize the region and could very well end up decreasing Turkish security in the long run.” However, late in the afternoon, the White House releases a statement saying that Turkey has “the right to defend itself against terrorism, just as all sovereign countries do.”

June 30: Massoud Barzani denounces the Turkish “invasion,” and vows that the Peshmerga will defend Iraqi Kurdistan.

Are the responses of the various actors (White House, State Department, etc.) to the Turkish operation realistic?

How would the EU respond? Would this effectively spell the end of Turkey’s accession talks?

How would Russia respond? Would it seek to exacerbate tensions between the US and Turkey? How?

Given the treacherous terrain and difficulties of guerilla warfare, can the Turkish army conduct a successful operation against the PKK camps located in northern Iraq?

What would be the consequences of a clash between a small band of Peshmerga and Turkish Special Forces, resulting in multiple casualties from each side?

Would the Turkish Armed Forces welcome the Iranian proposal to conduct a joint operation against the PKK in northern Iraq? How would this cooperation impact US-Turkish relations? How would it affect NATO solidarity?

How would Baghdad react to this operation? Would it throw its full support behind Barzani and the Kurds? Or would it side with Turkey?

Would the US Congress move to threaten sanctions against Turkey, as it did during the Turkish invasion of Cyprus in 1974?

How would new evidence that the June 24 bombing of the Constitutional Court was actually perpetrated by al-Qaeda affect the Turkish campaign?
Potential Wildcards

A new set of clues indicates that the suicide terrorist who attacked the police station in Beyoğlu was trained by Hezbollah in a Syrian camp.

In a raid near Kandil Mountain, Turkish security forces confiscate two-year-old MOSSAD training manuals and videos showing Israeli agents side by side with the PKK militants.

A Peshmerga unit on patrol in northern Iraq panics and attacks a group of Turkish Special Forces. After the battle, it is revealed that one of the gunned-down Peshmerga is, in fact, an American soldier who was training the Kurdish militia. This soldier, however, was not authorized to be on patrol with the Peshmerga.

Army members should have left if the allegations are true

The Justice and Development Party’s (AK Party) İstanbul deputy Egemen Bağış, who also heads the Turkey-US Friendship Group in Parliament, expressed his opinion that, if there were truly Turkish military officials present at the meeting at the Hudson Institute, they should not have simply “remained as mere spectators” to the discussion.
Bağış, who arrived in the US on Saturday to discuss issues such as Armenian genocide claims, PKK terrorism and Cyprus, briefed journalists on his contact held at the Turkish Consulate in New York.

In response to a question about military officers being present at the meeting at the Hudson Institute, he said: “Had there been such a meeting as is being claimed, I am sure that our soldiers in Washington if present would have shown the necessary reaction and put them in their place. This is why I don’t believe that such a meeting took place. If in fact it did happen, the relevant authorities should start the necessary procedures [concerning the Turkish participants]. I am sure that is what they would do.”
Bağış recalled that Turkish officers had once walked out of a NATO meeting in Rome where Turkey’s Eastern Anatolia was shown on a map as “Kurdistan.”