A new think tank run by former US defense officials has published a detailed plan that would have the United States withdraw from Iraq in phases, beginning next month and ending in 2012. 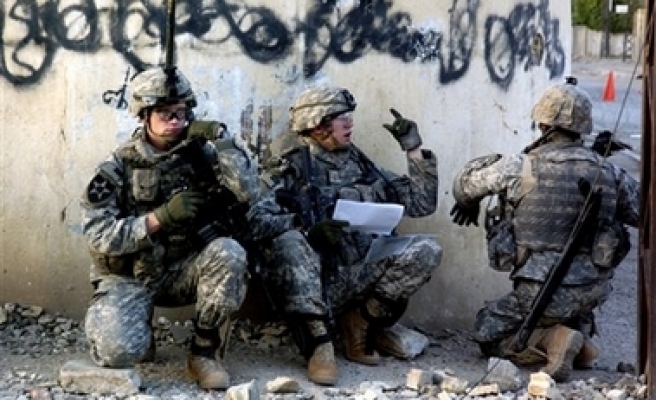 A new think tank run by former US defense officials has published a detailed plan that would have the United States withdraw from Iraq in phases, beginning next month and ending in 2012.

The report made available on Wednesday by the Center for a New American Security headed by former Pentagon officials Kurt Campbell and Michele Flournoy also sets what it calls “more realistic” objectives for America in Iraq.

These aims it says include preventing the establishment of Al Qaeda safe havens, a regional war and genocide instead of President George W. Bush’s goal of creating a democracy.

The center says aims to advance a strong centrist national security strategy, added its voice to the debate.

The administration should end the current troop surge in Iraq and “launch a transition process that focuses US forces on an advisory role and reduces our military presence in Iraq from approximately 160,000 today to about 60,000 by the end of 2008,” the report said

A key aspect of the plan, which has four phases, would be to set timelines for accomplishing political and security goals and for the ultimate withdrawal of US troops in 2012 “at the latest.”

The report said it builds on the bipartisan Iraq Study Group headed by former Secretary of State James Baker and former Rep. Lee Hamilton but goes beyond that study by recommending the timelines for US military withdrawal from Iraq and a detailed plan on how to carry that out.

Phase I, starting in July 2007 and lasting until Bush leaves office in January 2009, would transfer leadership of security operations to Iraqis while the United States makes a major effort to train US advisors, raising the number in Iraq from 6,000 advisors now to 20,000 by the end of 2008. The 20,000 advisors would be part of the 60,000-force target for early 2009.

The administration would “hand its successor, at best, a precarious situation in Iraq. But by making the recommended changes it may avoid taking America over the brink of strategic exhaustion,” the report said.

It urged Bush to announce that the United States plans no permanent military bases in Iraq but would retain a significant military presence in the region.

Under Bush’s successor, forces could be drawn down even more in Phase II and be completely out by 2012, the report said.

Some may suggest the United States should withdraw only when victory is achieved but “there will no American victory in Iraq in the terms defined by the Bush administration,” the report concluded.