Benkiran, a supporter of the monarchy, wants the PJD to focus on the everyday concerns rather than on religious agenda. 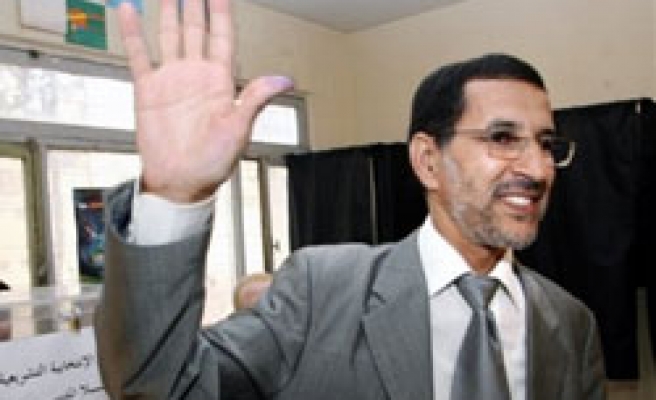 PJD is the largest opposition group in the 325-member parliament. It won 46 seats in an election last year to emerge as the strongest group behind the conservative Istiqlal party which leads the Moroccan cabinet.

Benkiran won the support of 684 among the 1,628 party delegates who took part in the PJD's two-day congress which ended late on Sunday. He beat Othmani and Abdallah Baha, a parliament member, who won 495 and 14 votes respectively.

Othmani, a 52-year-old psychiatrist, was the PJD's chief for the past five years. He was credited for maintaining the group's moderate political line despite pressure from a faction calling for more vocal strong opposition to the government.

But many party officials blamed him for a disappointing score in last year's parliamentary election when he and other party leaders promised that the PJD would become the first party in the vote to enter a coalition government.

Benkiran, 53, is an engineer by training. He headed the PJD's policy-decision making National Council.

He is a leading figure in the Tawhid wal Islah (Unity and Reform) Islamic civic association from which the party draws many of its activists, top officials and most voters.

Benkiran advocates cooperation with Morocco's secular establishment, which is dominated by the king, and various political groups.

He opposes a more strong opposition faction in PJD which wants to trim the powers of the king, who appoints the prime minister and controls key areas such as the army and religious affairs.

Benkiran, a supporter of the monarchy, wants the PJD to focus on the everyday concerns rather than on religious agenda.