Warren's first mosque, been vandalized several times before opening to the public, will host an open house this afternoon. 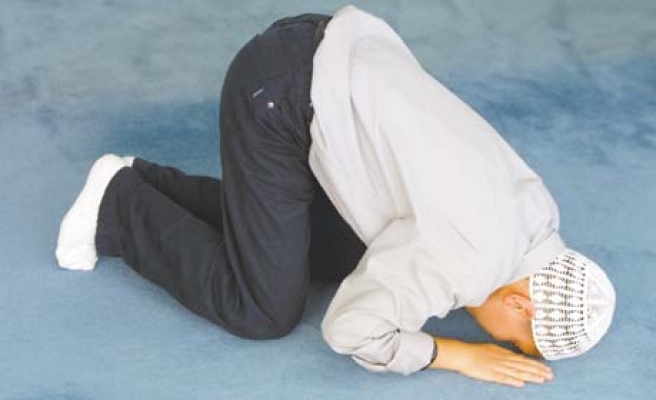 Warren's first mosque, been vandalized several times before opening to the public, will host an open house this afternoon.

The Islamic Organization of North America, 28654 Ryan Road, will open its doors from 3:30 to 8:30 p.m. to offer visitors information about Islam as well as opportunities to walk through the building after nearly a year of renovations.

Imam Steve Elturk, a native of Lebanon who lives in Troy, has faced opposition to the project from some neighbors. Some residents had feared a loudspeaker attached to the building would blare calls to prayer. To quell those concerns, Elturk signed documents saying he'll never have a loudspeaker.

The mosque also has been vandalized.

In June, glass bottles were broken in the mosque's parking lot, and a floodlight and electric meter were shattered. In January, Elturk was at the mosque when a man started shouting racial epithets at him. The man pleaded guilty and was sentenced to 21 days in jail.

Elturk, who hopes the open house will help bring the community together, met with FBI officials in Detroit for 40 minutes Wednesday to discuss concerns he had about vandalism and discrimination against the mosque. Elturk said he was encouraged by the discussion.

Dawud Walid, executive director for the Council on American-Islamic Relations, said he's not so sure the open house will go as well. He said he doesn't believe the mosque is out of the woods from more acts of opposition.

"Now, we'll see the reaction from the community," he said. "We're still cognizant of the religious and racial tensions in Warren."