Mother: 'Our son died in a pointless war in Iraq'

Pte Thompson's convoy was hit by a roadside bomb just after going back in Iraq. His family have criticised the war as "pointless", blaming the Prime Minister and calling for British troops to be withdrawn. 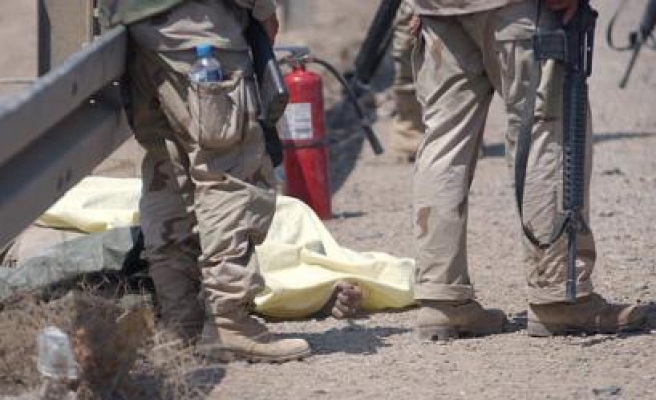 Kevin Thompson doted on his grandfather, and emulated him by joining the Army. Now they have both died, just days apart.

Pte Thompson was serving with 19 Combat Service Support Battalion in Iraq when his 78-year-old grandfather, Stan Thompson, a professional soldier for 12 years, died of a heart attack two weeks ago. His grandson was granted compassionate leave, and returned to Lancaster to attend the funeral.

But just after he went back to Iraq, Pte Thompson's convoy was hit by a roadside bomb. The seriously injured soldier was treated at Basra Air Station before being evacuated to Selly Oak hospital in Birmingham, where he died on Sunday. He was 21.

"Tomo", as he was known, joined the Army in 2004 and had only two weeks left of his first operational tour.

His family have criticised the war as "pointless", blaming the Prime Minister and calling for British troops to be withdrawn - not least for the sake of Pte Thompson's brother Andrew, 18, also a serving soldier, who is currently training for a tour of duty in Iraq. Their grandmother, Dorothy Thompson, said: "We want Andrew out of the Army - we're not prepared to lose two family members for a pointless war."

Mark Thompson, their father, said last week: "I could strangle Tony Blair. So many young men have died in Iraq when they shouldn't be there in the first place. When Kevin was over for the funeral, he said morale was very low. My only consolation is that he died a "hero."