The age at which a woman had her first period can help predict her children's risk of obesity, say UK researchers. 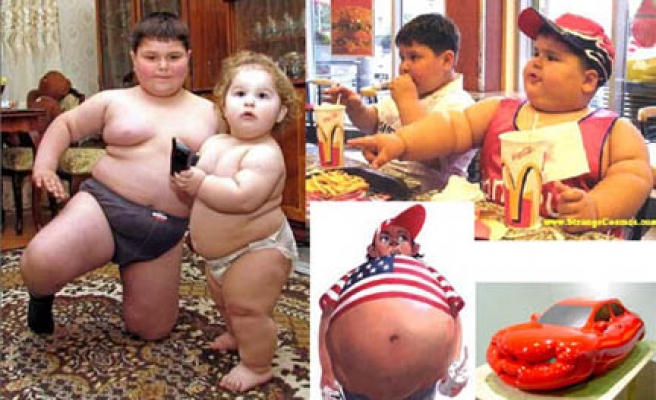 A study of 6,000 children found those born to mothers with an early puberty were more likely to grow rapidly as babies and be overweight as children.

This faster growth pattern is also linked to obesity in adulthood.

The findings could help identify children at risk of weight problems early on, the Public Library of Science Medicine (PLOS) report concludes.

It is already known that age at which a girl has her first period - or reaches "menarche" - is largely inherited.

And women who start their periods early are at increased risk of obesity in later life, and are likely to be overweight even before puberty.

Knowing that rapid infancy weight gain, early puberty and obesity run together in families may help us identify which children to best target our efforts at right from birth
Dr Ken Ong, lead researcher

In the latest study, mothers who began their periods before age 11 were five times more likely to be obese than mothers who had their first period after the age of 15.

Children of mothers who had early first periods were taller by the age of nine and weighed more. Girls were also more likely to start their periods before the age of 11.

Those whose mothers had their first period under the age of 11 were three times more likely to be obese than those who started their periods after the age of 15.

The researchers also looked in more detail at growth measurements from birth to nine years in 900 children, and found that mothers' age at first period was associated with faster growth in weight and height in children up until the age of two years.

Children who have a fast growth pattern tend to start puberty earlier, but stop growing sooner - so they may not be particularly tall as adults.

"Beyond links to early puberty, most importantly this growth pattern appears to lead to an increased risk of obesity that lasts from childhood through to adult life."

He added there could be a genetic link - perhaps related to appetite - or that the findings may be explained by feeding behaviours or patterns that run in families.

"Knowing that rapid infancy weight gain, early puberty and obesity run together in families may help us identify which children to best target our efforts at right from birth."

He added that parents should be encouraged to breastfeed rather than bottle-feed.

The team are also beginning a study to look at trying to avoid excessive calorie consumption in babies who are formula fed.

"Age at menarche is strongly related to your weight and it's well recognised that it's getting earlier and earlier."

But she said that environmental factors were just as important as genetics.

"It would be very interesting to have a look at the effect of breastfeeding.

"It sets up feeding patterns. You lay down your number of fat cells in the first couple of years of life," she said.