Police in Mozambique are killing and torturing people with near total impunity, according to a report by Amnesty International released Tuesday. 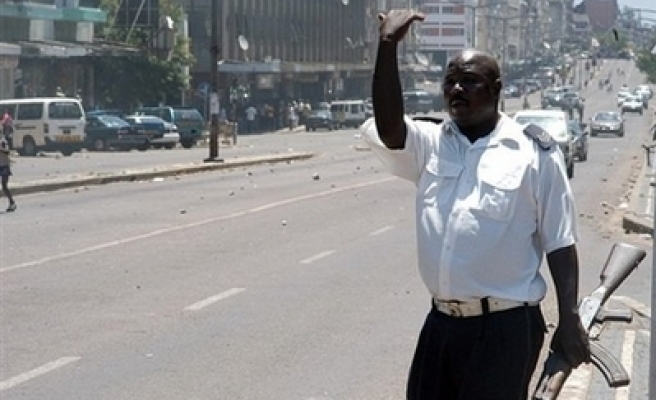 "Police in Mozambique seem to think they have a licence to kill and the weak police accountability system allows for this," Michelle Kagari, deputy director of Amnesty International's Africa Programme, said in the report.

"In almost all cases of human rights violations by police -- including unlawful killings -- no investigation into the case and no disciplinary action against those responsible has been undertaken, nor has any police officer been prosecuted," it added.

The report, entitled 'Licence To Kill', also noted that Mozambican police faced "numerous challenges stemming from high crime rates, a backlog of criminal cases in the judicial system, and occasional violence against police by criminal elements".

It noted that these had led to the police dealing with suspects and criminals violently and at times killing suspects.

The report mentioned the killing of protesters in February 2008, who were demonstrating in Maputo against hikes in transport fees.

At least three people were killed while 30 others were injured, some of them seriously, with stray bullets.

"The police have generally been unresponsive to the public, providing very little information to those who have lodged complaints against the police for human rights violations. Victims virtually never receive compensation for these violations," the report said.

Kagari said it was vital that any officer suspected of involvement in human rights violations be held to account.

"Police officers must be made aware that they cannot torture, beat and kill with impunity," she said.

"They must be held responsible for their actions if policing is ever going to change for the better in Mozambique."

Amnesty's report comes one day after the president of Mozambique's leading human rights organisation, Liga dos Direitos Humano (LDH, the League for Human Rights), Alice Mabota told reporters at a press conference in Maputo that the human rights situation in Mozambique had deteriorated in the past few months.

The Mozambican police refused to comment on the report.