Opposition leader Morgan Tsvangirai withdrew a week ago saying a systematic campaign of violence, which killed nearly 90 of his followers, made a free and fair vote impossible. 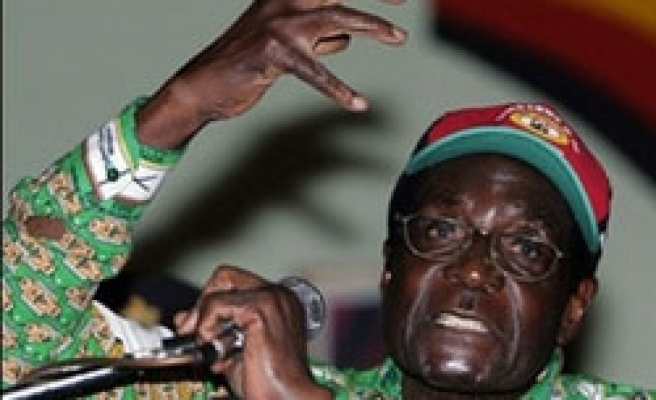 Zimbabwean President Robert Mugabe was on Sunday declared landslide winner of a widely condemned election in which he was the only candidate and which African observers said was scarred by violence and intimidation.

Opposition leader Morgan Tsvangirai withdrew a week ago saying a systematic campaign of violence, which killed nearly 90 of his followers, made a free and fair vote impossible.

The ballot was held in defiance of much world opinion.

The electoral commission said Mugabe won 85.51 percent of the vote compared to 43.2 percent in elections in March won by Tsvangirai with 47.9 percent -- short of the absolute majority needed for a first round victory.

The commission said turnout was 42.37 percent, almost exactly the same as the March 29 vote.

The commission released the result of Friday's vote in less than 48 hours, compared to five weeks for the March poll.

"I therefore declare Robert Gabriel Mugabe to be the duly elected president of the Republic of Zimbabwe," said chief elections officer Lovemore Sekeramai.

Mugabe, 84 and in power since independence from Britain in 1980, was due to be sworn in for a new five-year term shortly in a ceremony at State House.

Tsvangirai, who rejected Mugabe's invitation to attend the swearing-in, dismissed it as meaningless.

He said he would ask African Union leaders meeting in Egypt on Monday not to recognise the re-election. Mugabe is due to attend the AU meeting.

Mugabe spokesman George Charamba said the invitation was "done in the spirit of the president's wish to reach out ... It is a major step towards political engagement."

But Tsvangirai told Reuters: "I can't give support to an exercise I'm totally opposed to... the whole world has condemned it, the Zimbabwean people will not give this exercise legitimacy and support."

Mugabe is under pressure from within Africa to enter talks with Tsvangirai over the country's political and economic crisis. He went ahead with the vote despite widespread international dismissal of the election as a sham.

Tsvangirai told Reuters the opposition was committed to AU-sponsored talks with Mugabe's government although no negotiations had started.

Pan-African parliament observers, one of the few groups able to monitor Friday's ballot, said the vote was so flawed it should be rerun.

The United States has threatened to toughen sanctions on Zimbabwe and push for the U.N. Security Council to take measures against Mugabe's government.