Musharraf, a U.S. ally who came to power as a general in a 1999 coup, has become overwhelmingly unpopular. 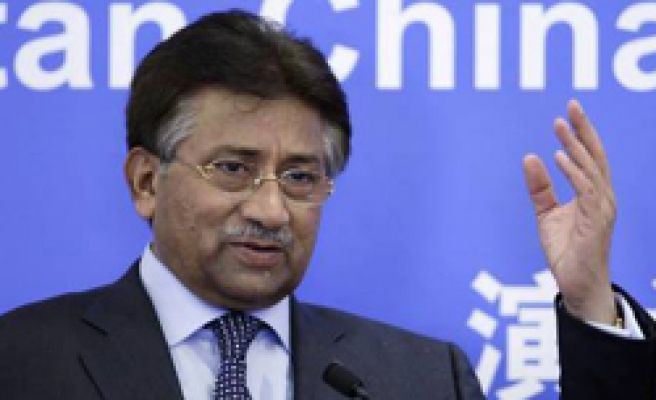 Pakistan's President Pervez Musharraf has cancelled a scheduled visit to China, a member of his entourage said on Wednesday, as opponents in the coalition government consulted over his possible impeachment.

"We have been told that the president's visit to China has been cancelled," said the official, who had been due to fly with Musharraf on Wednesday to attend opening ceremonies for the Beijing Olympics and meet with the Chinese leadership.

Foreign Ministry spokesman Mohammad Sadiq confirmed the visit had been called off. The president's spokesman was not immediately available for comment.

Pakistan treasures its close relationship with China as it provides a regional counterweight to old rival India, and for a Pakistani leader to call off a visit at such short notice is highly unusual.

Musharraf, a U.S. ally who came to power as a general in a 1999 coup, has become overwhelmingly unpopular.

His allies were defeated in an election in February that resulted in a civilian coalition government led by the party of the late Benazir Bhutto, a two-time prime minister who was assassinated while campaigning last December.

Despite the loss of parliamentary support, Musharraf has resisted pressure to quit, and has insisted that he was willing to work with the new civilian government.

Sharif withdrew his party's ministers from Prime Minister Yousaf Raza Gilani's cabinet in May, but did not go as far as pulling out of the coalition completely.

A spokesman for Zardari's Pakistan People's Party told reporters after Tuesday's meeting the two had reached a consensus on major issues and would meet again on Wednesday for further discussion.