As part of efforts to step up the pressure, the provincial assemblies, dominated by his opponents, are urging Musharraf to seek a vote of confidence in parliament to determine his support. 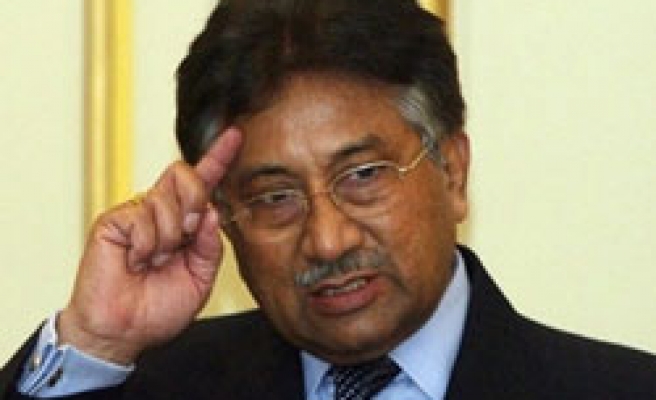 Embattled Pakistan President Pervez Musharraf lost the support of some allies on Tuesday, with provincial legislatures dominated by his opponents increasing pressure on him to step down before a bid to impeach him.

Speculation has been rife that former army chief Musharraf, a firm U.S. ally, would quit.

This came after the ruling coalition, led by the party of slain former prime minister Benazir Bhutto, said last week that it would impeach him for plunging Pakistan into a political and economic mess during his nearly nine-year rule.

But Musharraf's spokesman said the ex-commando would not resign and would face any charges brought against him.

"The tidal wave is sweeping the country. Even his own former allies are now voting against him," Information Minister Sherry Rehman told reporters.

The government plans to move an impeachment motion this month but analysts said it could take several weeks before it is voted upon in a joint sitting of the bicameral parliament.

While coalition officials prepared the motion against Musharraf, who seized power as army chief in 1999, several of his old allies have said they would vote against him.

"This is no time for confrontation and we want to strengthen the democratic process. That's why we have decided to support the impeachment motion," Sikandar Sherpao, a leader of a small party that backed Musharraf for years, told Reuters.

As part of efforts to step up the pressure, the provincial assemblies, dominated by his opponents, are urging Musharraf to seek a vote of confidence in parliament to determine his support.

The North West Frontier Province assembly overwhelmingly passed a resolution urging Musharraf to seek a vote a day after the assembly of Punjab, the country's most populous province, passed a similar resolution with the support of about 25 members of the main pro-Musharraf party.

Musharraf had been considerably weakened since he stepped down in November as chief of the army, his main power base.

The army has ruled Pakistan for more than half the 61 years since the country was founded but analysts say the military is unlikely to come to the rescue of its former chief.

The man Musharraf chose to replace him as army chief, General Ashfaq Kayani, has shown no sign of taking sides in the crisis.

As president, Musharraf could dissolve parliament but his former ruling party said it could not support him if he tried to use his powers to do that.