Musharraf not to resign as Pakistan ready to impeach 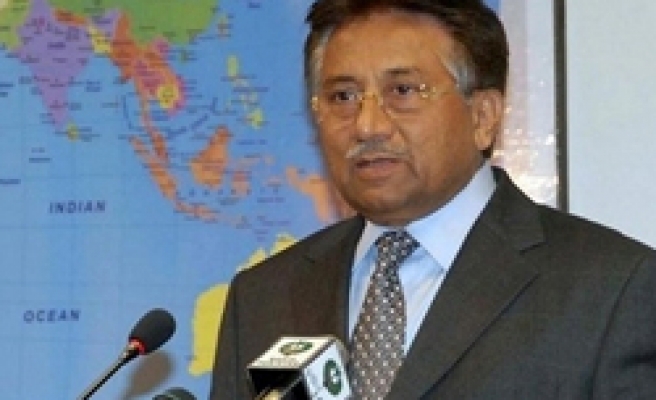 Pakistan's beleaguered President Pervez Musharraf will not resign, his spokesman said on Monday, as the ruling coalition prepared to launch a bid to impeach the prominent U.S. ally.

A coalition government led by the party of assassinated former prime minister Benazir Bhutto announced on Thursday that it would impeach Musharraf for plunging Pakistan into a political and economic mess during his nearly nine-year rule.

There has been speculation in the media that the former commando would step down to avoid impeachment but his spokesman, retired Major General Rashid Qureshi, angrily dismissed that.

"There's no such thing. You'd better ask those who say he's going to resign," Qureshi said.

Musharraf seized power in a 1999 coup and the driving force behind moves to oust him now has for months been Nawaz Sharif, the prime minister ousted in 1999 and leader of the second-biggest party in the coalition.

Pakistan's latest political roilings have not affected its rating with rating agency Moody's which said on Monday it would keep its B2 (stable outlook) rating for Pakistan as this adequately captured the political risk the country was facing.

Moody's downgraded Pakistan's rating to B2 from B1 in May because of growing economic imbalances and the political difficulties plaguing the country.

Top officials from Pakistan's two main coalition partners met on Monday to draw up a list of accusations to be levelled against him.

The United States has urged leaders of the new government to focus on a deteriorating economy and worsening militant violence but Musharraf's critics say he must go.

The ruling coalition is short of a two-thirds majority but Information Minister Sherry Rehman said there would be easily enough votes to impeach him.

"Everybody who's a democrat and a serious politician will want to be remembered as voting on the right side of history," Rehman told reporters.

Rehman did not say when an impeachment proceeding might be launched or a vote held but the leader of her party, the widower of assassinated former prime minister Benazir Bhutto, said the process would take weeks.

The Daily Times newspaper said at least 10 members of parliament from the pro-Musharraf Pakistan Muslim League (Q) party had asked Bhutto's widower and party leader, Asif Ali Zardari, not to prosecute the president if he resigned.

Zardari told a private television channel in an interview on Sunday he sent a go-between to suggest Musharraf resign two months ago but the president had been non-committal.

As president, Musharraf could dissolve parliament but his former ruling PML (Q) party said it could not support him if he tried to use his constitutional powers to do that.

The government has called the four provincial assemblies to meet this week to pass resolutions demanding Musharraf seek a vote of confidence from them, failing which, an impeachment motion would be tabled against him in the national parliament.